Ayutthaya, A City Of Ruins.

Feeling that we perhaps needed to see a little more of Thailand than just the brilliant Bangkok Henry and I ventured off to the ancient city of Ayutthaya for a few days. It was once the capital of Thailand and is now famed for its many ancient ruins. It is just a couple of hours north of Bangkok and the train seemed to be the best option. There were only 3rd class tickets available for the 2 hour journey and it was an absolute bargain at just 15B each (30p). 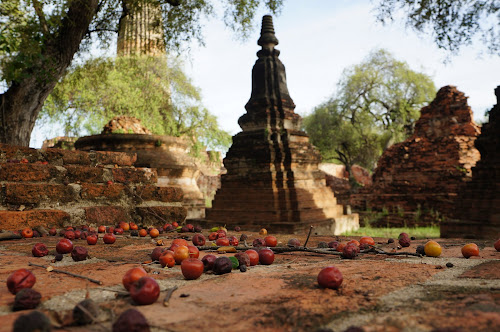 Over an hour of the journey was spent crawling through the suburbs of Bangkok where we saw many people living right next to the rails, some of the houses balanced on stilts above one of the many small rivers that run throughout the area. 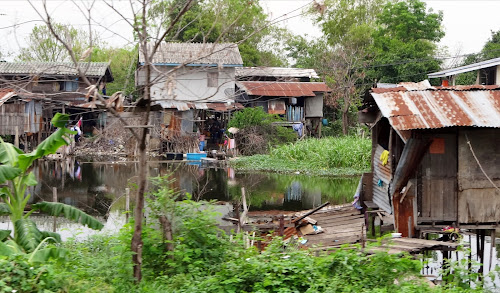 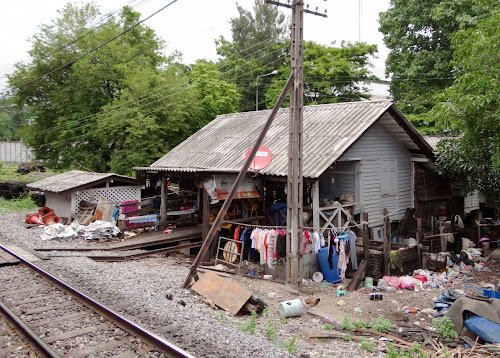 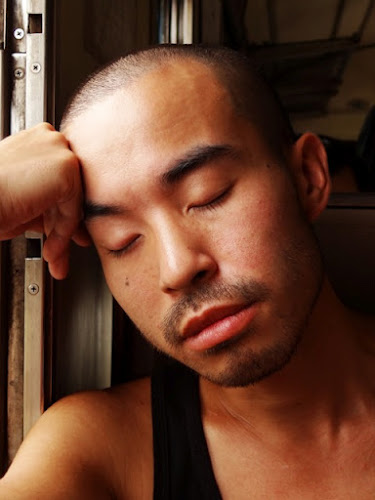 On arriving at the station there were the usual tuk tuks waiting to overcharge tourists but we really liked this one which had some unusual decorations on the roof. 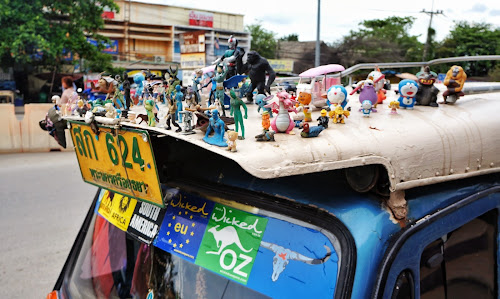 Once the capital of Thailand, Ayutthaya was home to the kings of Thailand until it was destroyed by the invading Burmese in 1767. There are many many ruined temples scattered all over the city. We by no means saw all of them but after seeing about 6 or 7 we felt we had got the idea. Due to all being built in the same period they all had the same features, as you can see from the photos below. There was a lovey calm atmosphere in the deserted ones but some were overrun with tourists. There were literally hundreds of burnt Buddha statue remains which were a bit sad really. 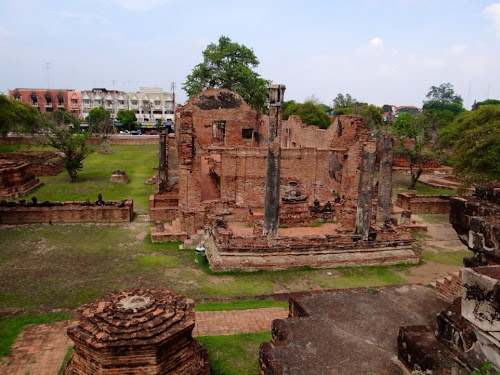 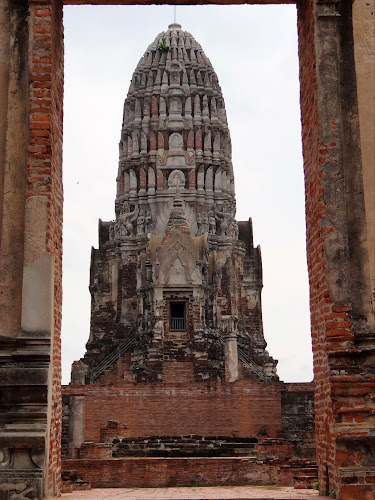 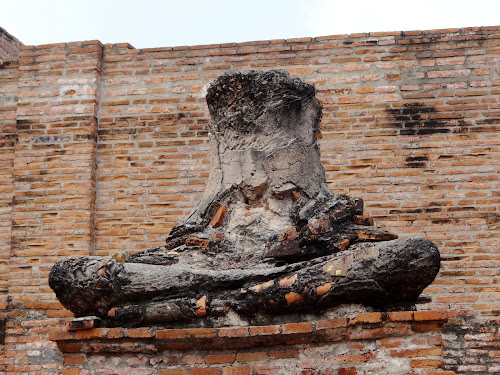 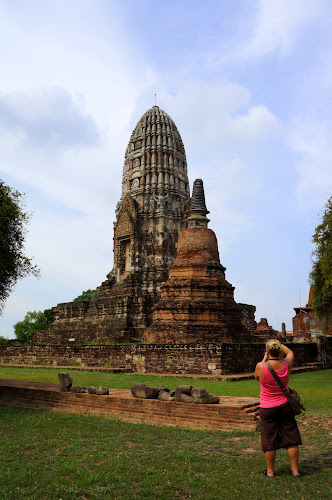 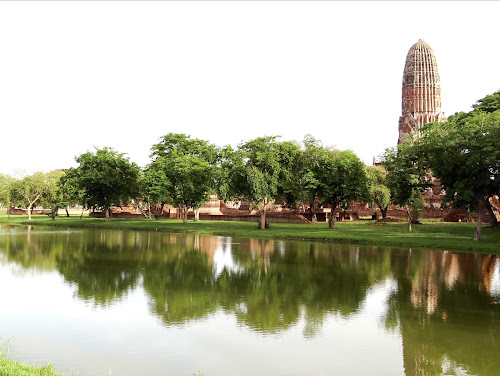 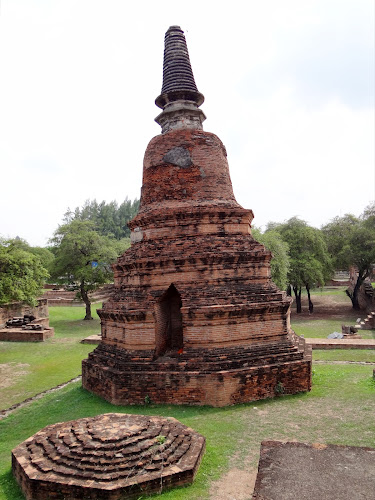 The city was not really suited to our usual method of getting around (walking) as all the sights were really quite spread out from one another. We saw lots of people in air conditioned tour busses, hopping out at each place and taking a few snaps then hopping back in. At nearly 40 degrees, at times we were a little jealous of the air con but if we had gone on one of those tours we would not have seen things like the small market stalls, street food (tasty chicken and rice for breakfast at 8am) this motorbike cart of grass which we think was being collected for animal feed from the roadside and this little bird for sale (also for sale on the same stall were turtles in a bucket and tropical fish in freezer bags). 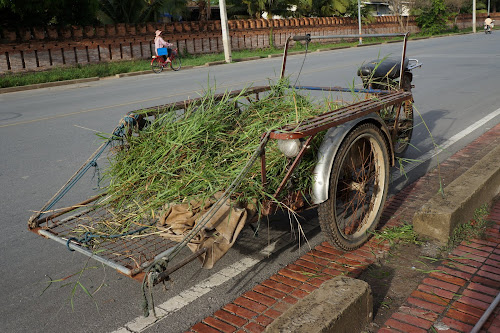 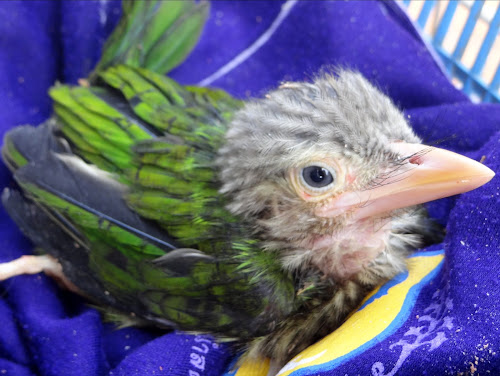 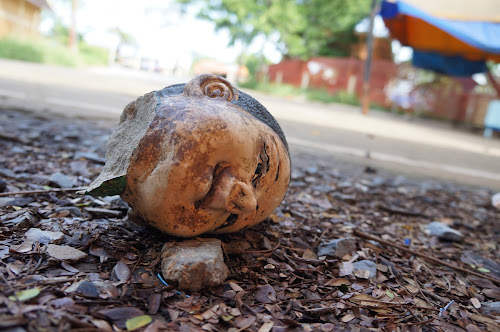 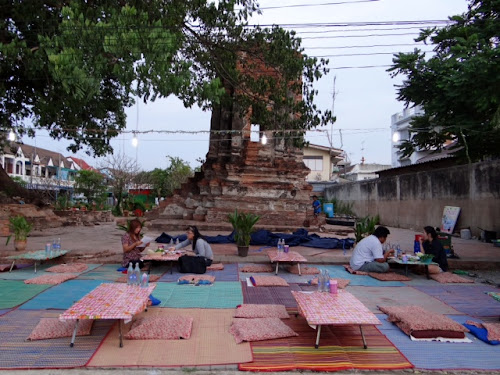 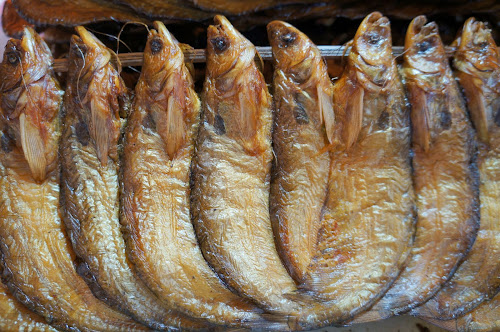 Navigating ourselves around (with the help of Google maps as all the maps we were provided with were rubbish – Thai people seem to be the same as Indians in this respect; they simply do not use or understand maps like we do at all) also meant that we could get going really early before it was properly hot and we saw the work out for the oldies at about 6am in a local park for example. 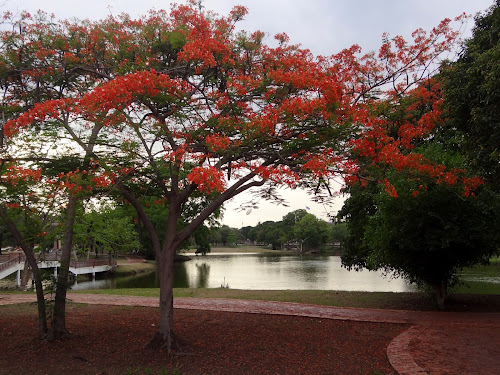 The temples, as I said above, were all pretty similar really. One which we stumbled upon that was a bit different was this outdoor giant reclining Buddha. 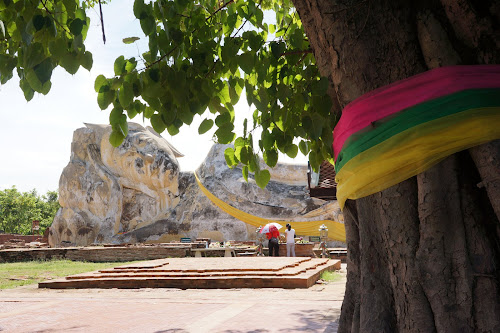 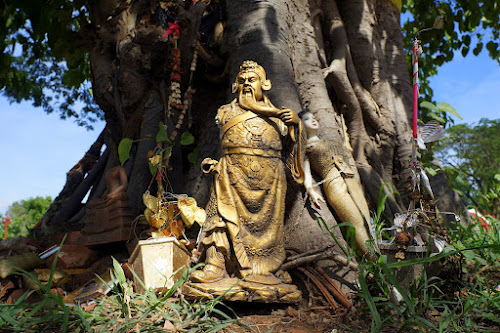 Another temple we found was quite newly renovated and built to house a giant seated Buddha. It really is enormous and filled nearly the whole building. It marks the spot used for royal cremations when the city still housed the kings and is a very important stop for Buddhists visiting the city. In more recent years the current queen donated money to have the Buddha covered in real gold. 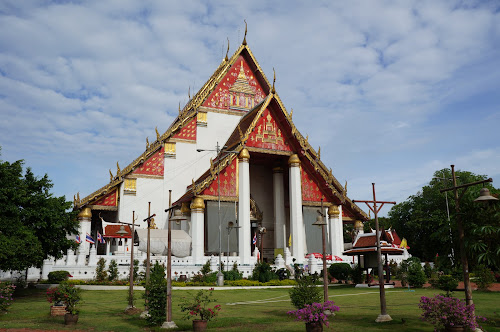 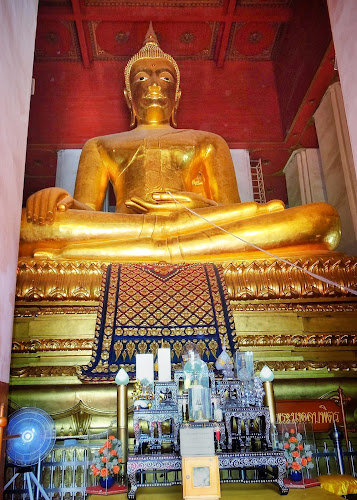 One last thing I almost forget to mention is that we had our first Thai full body massage in Ayutthaya. It was amazing! We had gone out one evening to find the night market but due to a torrential downpour it never really seemed to get going, I spied a massage place and convinced Henry we should go for it. We went for the ‘Thai Style’, 1 hour, full body option and it cost a grand total of £4 each. Absolute bargain! We were the only customers there on that very wet night and were shown into a room and given a set of loose cotton clothes to change into. The ladies came in and started their work on us on the thin mattresses that were placed on the floor; the hour seemed to fly by. It was not quite as professionally run as the massage place in Pattaya, for example both ladies took calls on their phone whist continuing to massage us! Nevertheless, it was still a great end to a day of walking and we felt revived, sleepy and energised all at the same time. The massage was done with not only the hands but the feet, the elbows and the knees at times. We were stretched, pulled and somewhat pummelled into a zone of complete relaxation. I can see why there are so many massage places around. Once you have one you know you will go back for another!

So, after a few days we headed back on the train to Bangkok to further explore this amazing city. Posts to come about Bangkok soon. 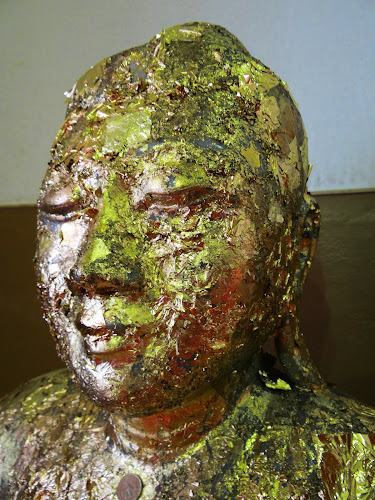