Back to Brilliant Bangkok

A Great City for Street Photography 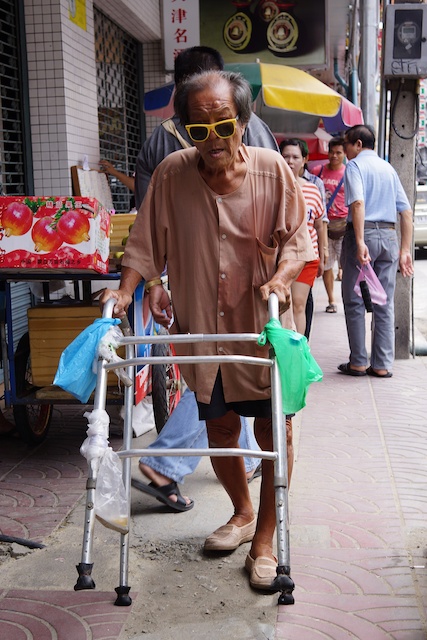 My eye was caught by his glasses 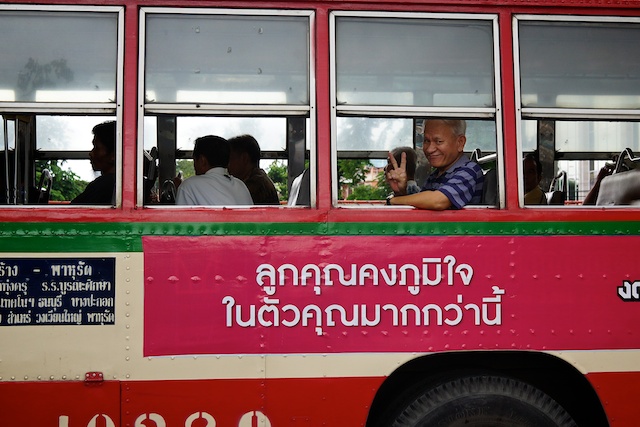 He was happy to have his picture taken! 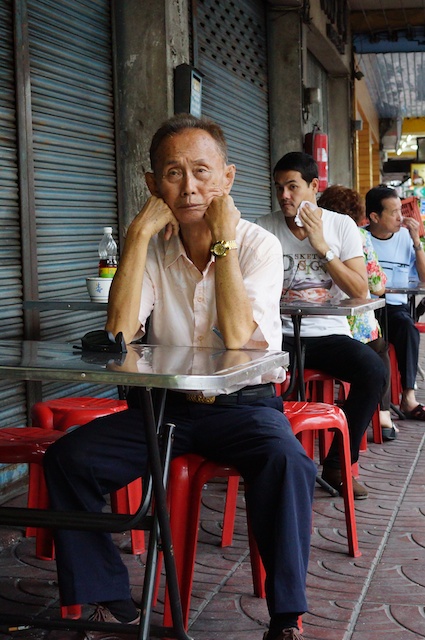 The Decline of the New Empire Hotel

We had arrived very early in the morning on the overnight sleeper from Vientiane in Laos. (Click here to read about that journey.) Making our way the short distance to Chinatown on foot, it did not take us long to reach our hotel of choice.  The New Empire on Yarowat (AKA Yaowarat) Road is a large hotel which we found to be good value when we stayed last year.  However, prices rise and places change.  We would no longer recommend staying at the New Empire.  We took a room at the back when we found out the prices of the larger front rooms in which we’d been so comfortable last time.  The wifi was cripplingly slow, so much so that even downloading an email was impossible most of the time. The final disappointment came when I asked for the breakfast voucher on our first evening there; we were told that they no longer did breakfast! What had happened to the lovely ladyboy maid who’d so faithfully served us our coffee, marmalade and toast last year?! 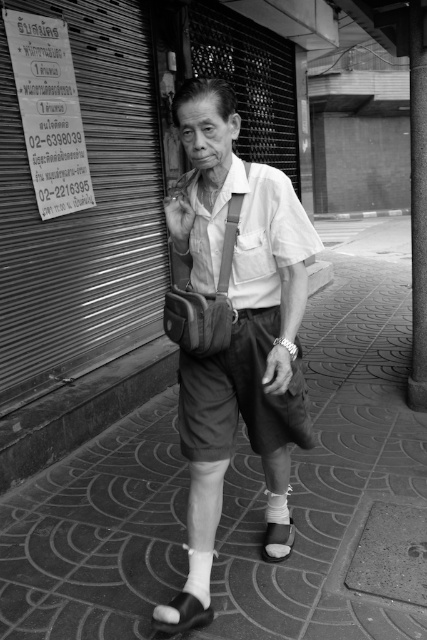 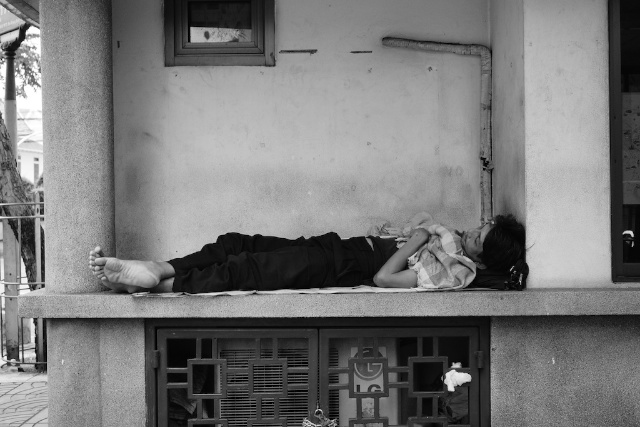 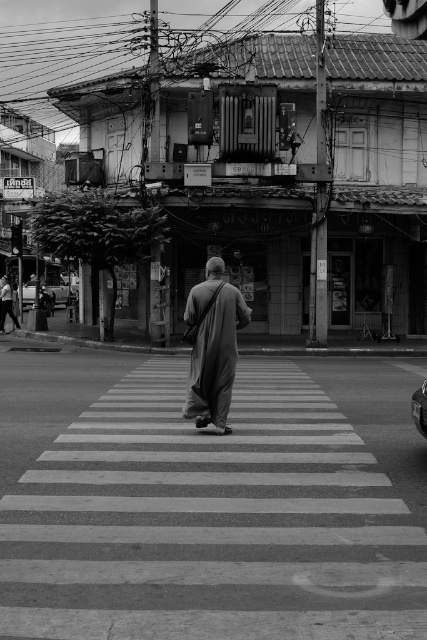 A rare moment of clear traffic

We got our 10,00 steps in easily being based in Chinatown. The area is not well served by the amazing BTS; you have to walk to the railway station to connect with the underground MRT before you can then connect with the overhead BTS. 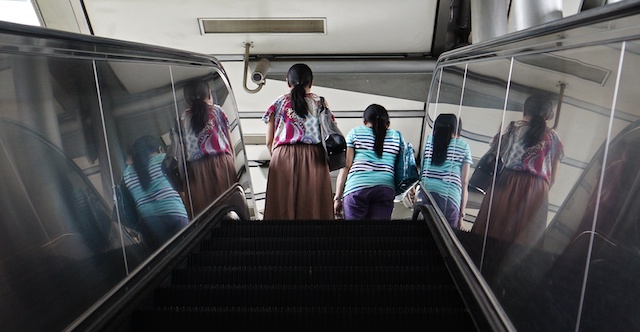 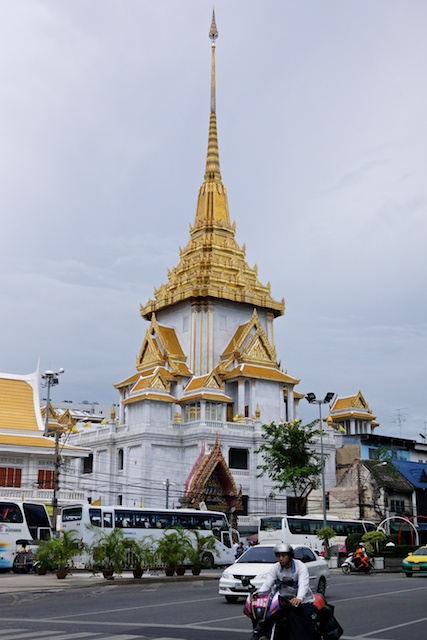 After looking at several other cheaper (and distinctly dodgy) places on the same road we decided that as it was only for a couple of days we would stay put.   So, Yarowat Road was our stomping ground and most of the pictures on this post are from the Chinatown area. 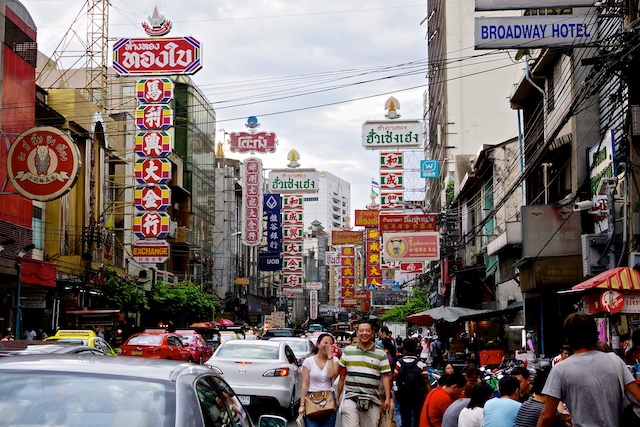 A true city picture – nothing like this in Vientiane 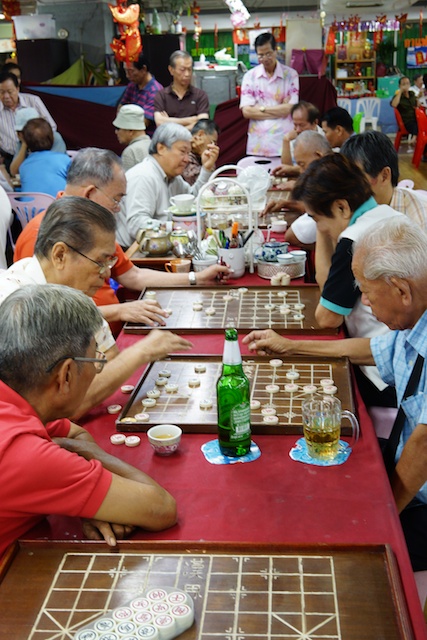 Chinese chess at a food court

We did make it back to the enormous MBK shopping centre though. I bought nothing more exciting than our dinner there but Henry purchased a new camera! He got a good deal and will be able to claim the tax back via the VAT refund scheme when we leave the country. 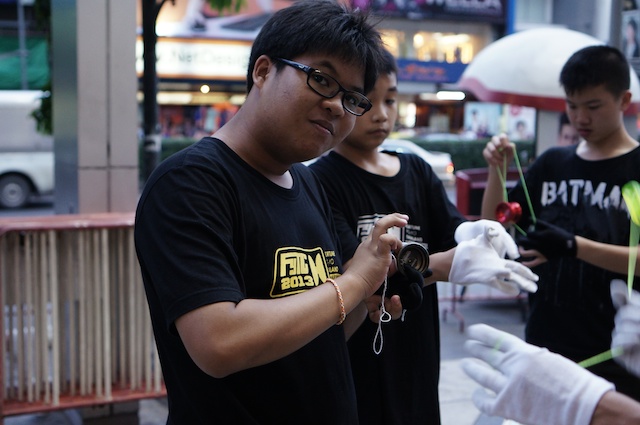 One of a group of youngsters practising their yo-yo tricks outside MBK shopping centre. 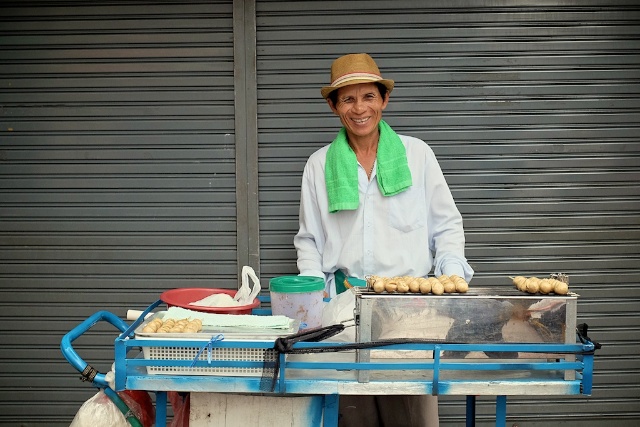 One of the first photos from Henry’s new Fuji 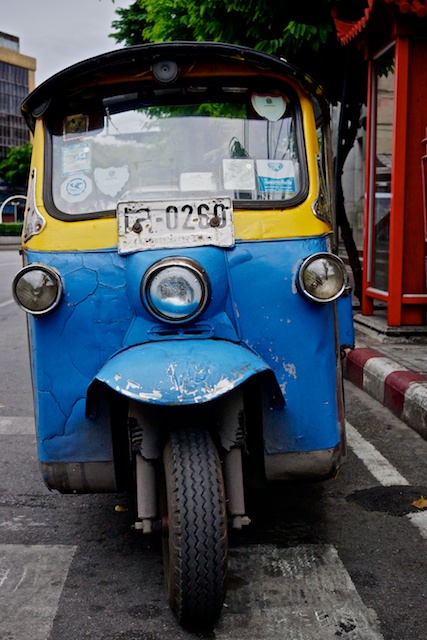 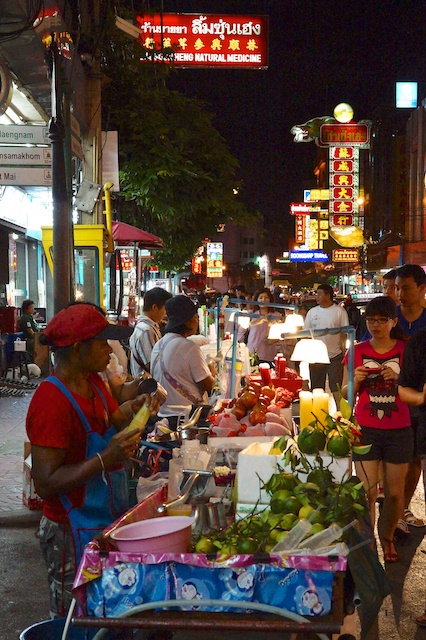 Bangkok’s Chinatown is interesting by day; the tiny alleyways, the vast array of shops and markets and street side vendors and the people that live there all contribute to that. It is at night though when it really comes alive, and Yarowat Road is the beating heart of nocturnal Chinatown. 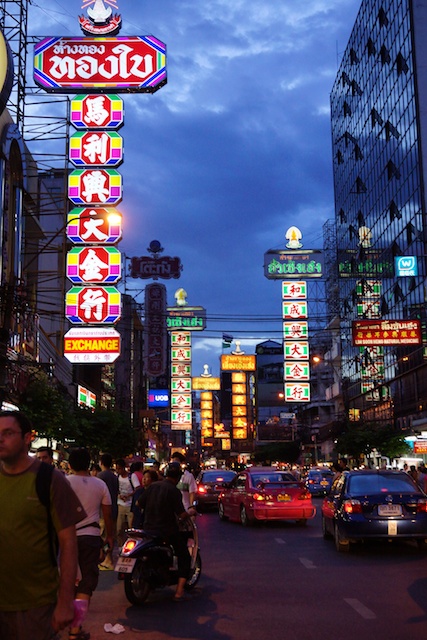 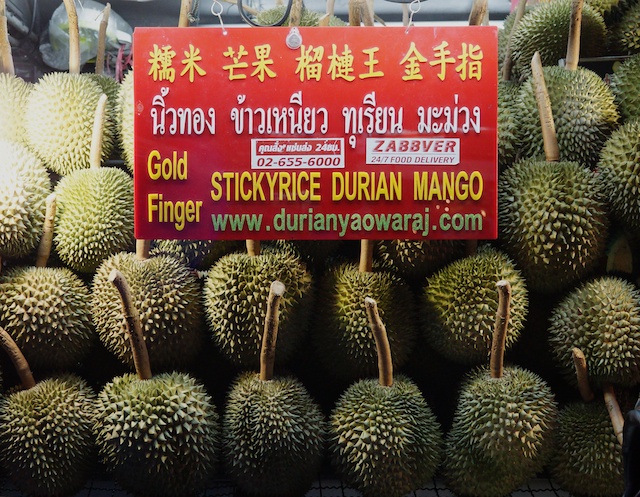 The scent of durian hangs thickly around this stall 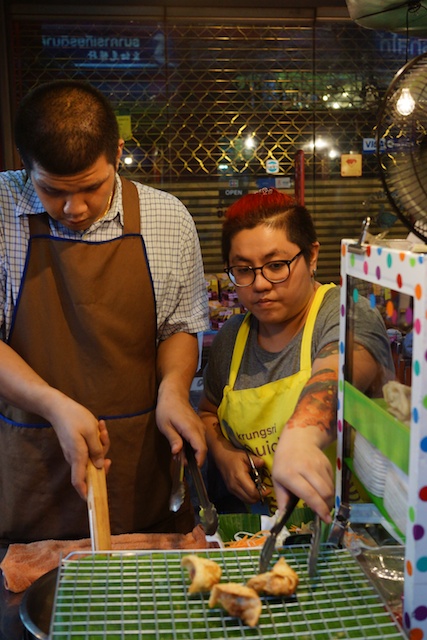 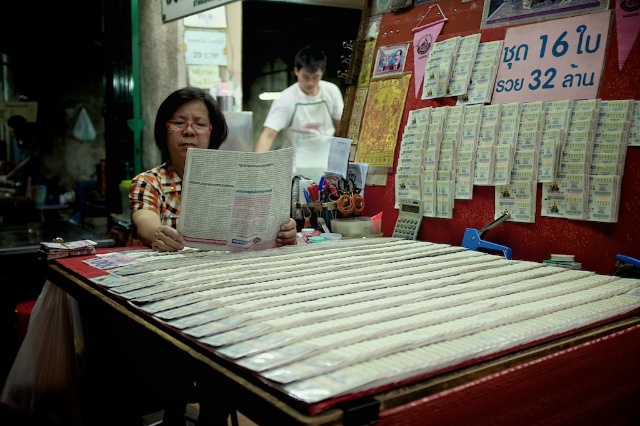 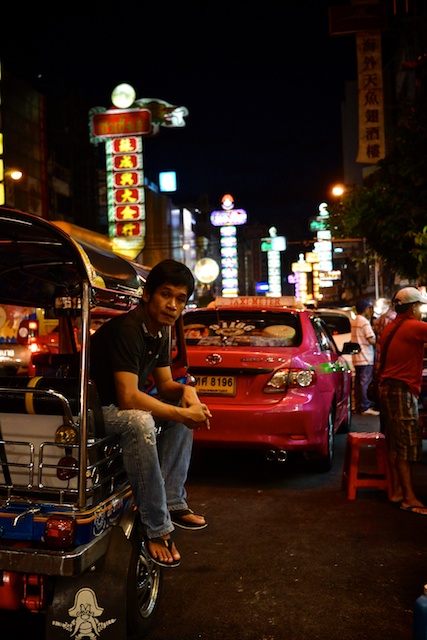 I hope you enjoyed some of our street photography from the largest Chinatown outside of China.  Read about our journey to the northern city of Chiang Mai in my next post… I’ll leave you with a relaxing shot of some gentleman enjoying a foot massage in a small mall: 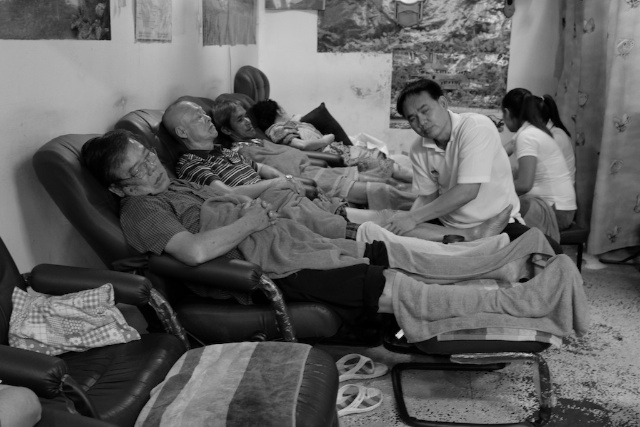