We saw a poster for the FREE Dataran Merdeka Heritage Walk up in the lobby of our hotel and never being ones to pass up a walking based group activity we decided to go to the very next one. It runs three times a week on Monday, Wednesday and Saturday mornings.

One of the leaflets we were given after registration

At this time there is no need to book, just turn up to the Kuala Lumpur City Gallery and fill out a quick form telling them how you found out about the tour then you get a sticker, a map and a flyer and you’re off! 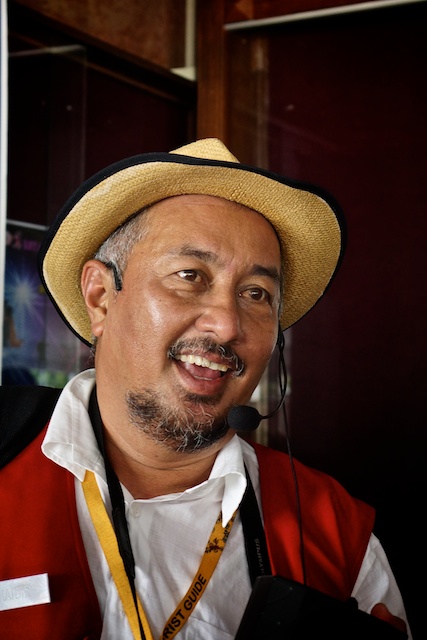 Our tour guide for the morning: Mr K

After introductions, an informative tour of the exhibits on the ground floor of the deliciously air conditioned gallery is the first part of the tour. We’d visited only about a month beforehand so we were familiar with what was on show but it was good to have things explained in more detail. I was particularly looking forward to going upstairs to see something we’d both really enjoyed photographing on our last visit but no longer had the photos from due to the theft of our beloved laptops.   Upstairs is a newly opened scale model of the city. It is 40 x 50 foot and contains over 5000 individual buildings! It has day and night modes and flashing lights to show you all the transport routes. There is a DVD which plays on a loop in the background too but I was too busy playing with my settings and trying to capture (again) the detail of the models in almost complete darkness to pay much attention to the film.  Here are some of my favourite shots: 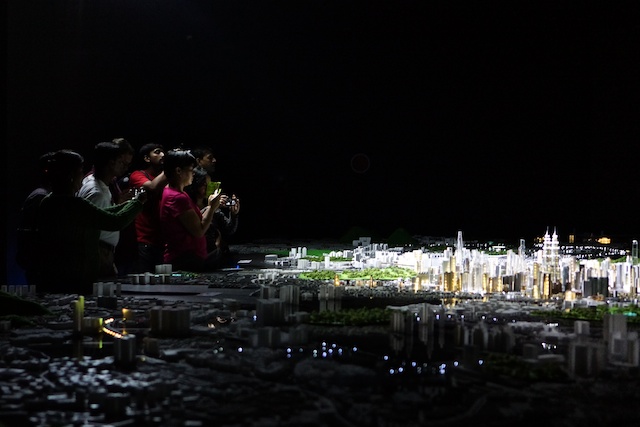 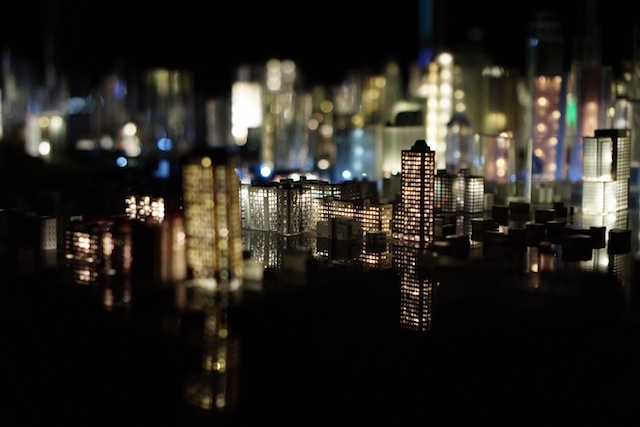 It was beautiful in night mode! 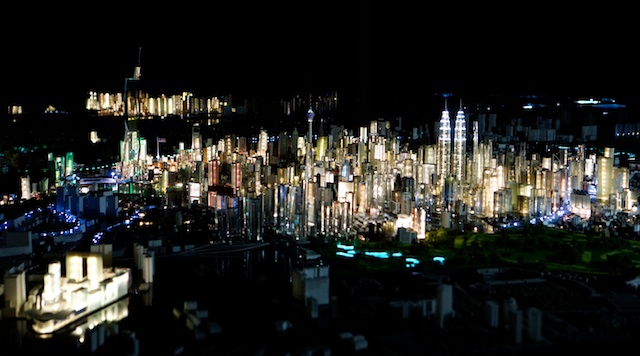 I’m not sure everyone was quite as impressed as I was with the model but you can just see how much work has gone into it.  Anyway, next it was out into the historic square for something we were not expecting to see.

Dataran Merdeka (Independence Square) is the place where the Union Jack was replaced by the Malaysian flag in 1957. It houses the tallest flagpole in Malaysia and that Monday morning we saw the weekly flag raising ceremony. If you’re interested it happens every Monday at 10am, weather permitting. 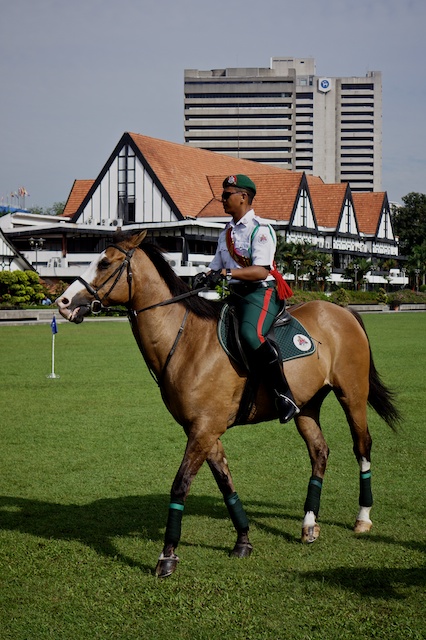 And here is some footage I shot on my iPhone! (Video number two – look at me go!) It is only 35 seconds but it is enough to give you an idea. The whole ceremony is about 15 minutes long.

After the ceremony (Jalur Gemilang) we heard about the flag pole and the Victorian fountain that was shipped over by the British in 1897.  All very educational. 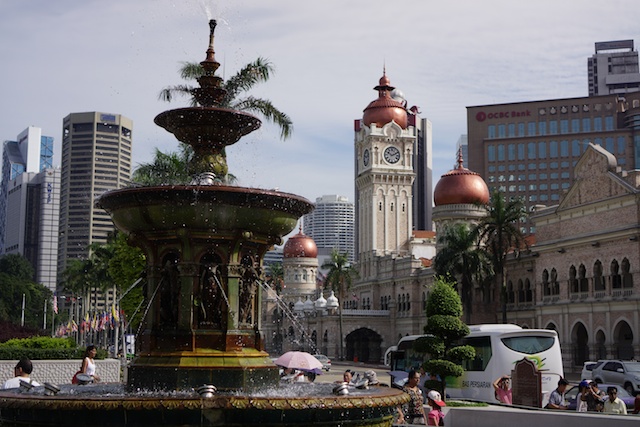 The Victorian Fountain in front of the Sultan Abdul Samad building

Next up was the National Textile Museum. Now, this was something else we’d visited only a few weeks beforehand so we spoke to Mr K and said we’d meet up with them after they’d finished.  Its a museum, full of textiles. It was OK to see once but we didn’t need to repeat it so we got a drink from 7/11 and waited in the shade. 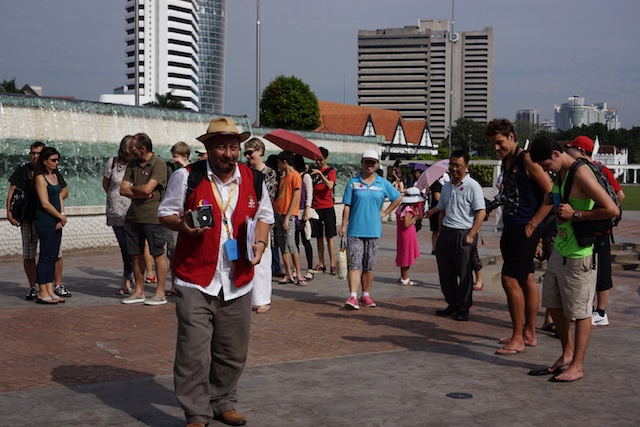 The group moving off to the Textile Museum

Next up we went inside the grand Sultan Abdul Samad building to learn about the crest of Malaysia and all the different elements of it and then it was off to the theatre for a dance performance.  We gathered on the steps in the entrance hall to the theatre where a troupe of dancers were waiting to show off their skills.  It was really quite good.  The dancers were backlit so it was hard to get good photos of them but here are my attempts: 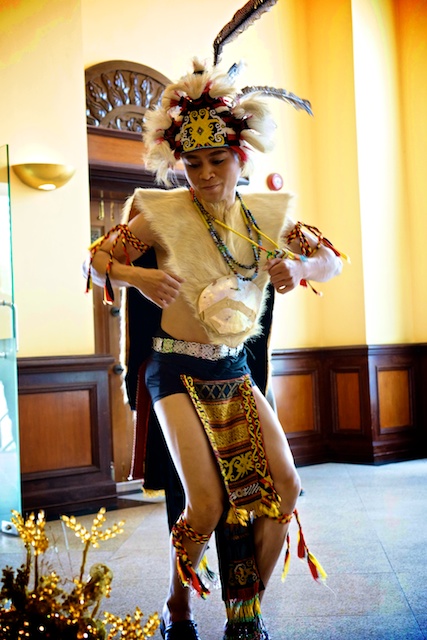 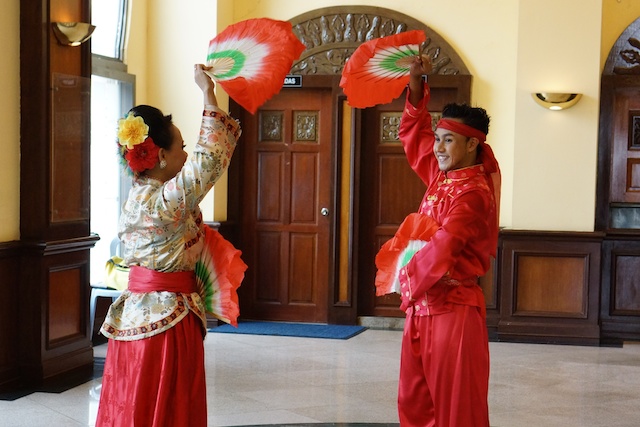 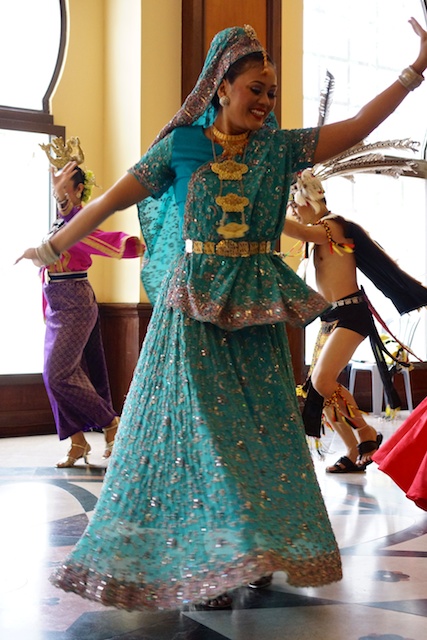 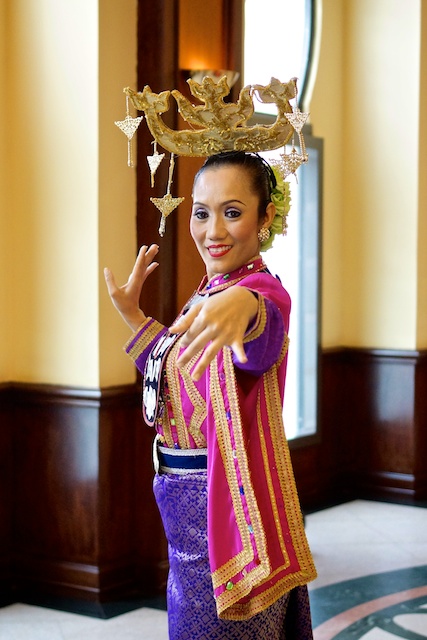 The dancing certainly was an unexpected treat and the group loved having the opportunity to have their photos taken with the dancers at the end.  The tour continued across the road at the old St Mary’ Cathedral.  It is not what Europeans would traditionally consider a cathedral, it is smaller than many churches are at home but it did not have to serve that many people. 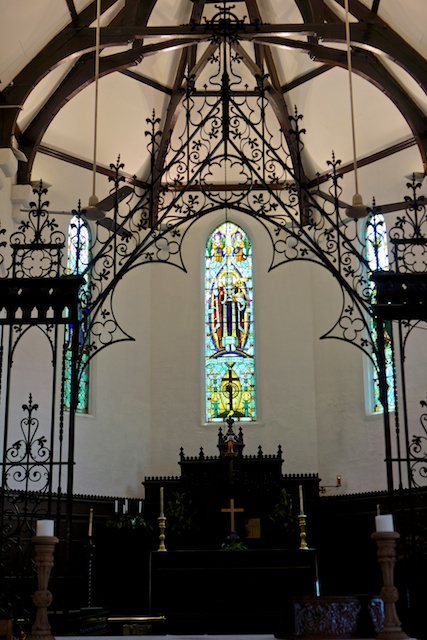 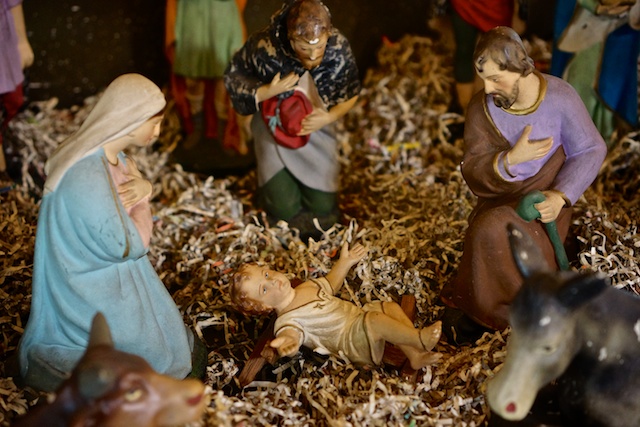 Although Christmas was all around us in Kuala Lumpur this was the only time we saw anything of the religious side of the festival, everywhere else it was snowmen, Santa and elves.

The final stop on the tour was a visit inside the private Royal Selangor member’s club, famous as being the hangout of the British in days gone by and still a prestigious club to be a member of.  It used to use the large open space that is now Merdeka Square as a cricket ground. We had a mini tour of the building, looked at some pictures of it being flooded, burnt and subsequently rebuilt and then went for a sit down outside ‘The Long Bar’ to fill out the evaluation forms.  We couldn’t go inside as they still have the rule that no women or children are allowed! Here is the view from our last stop: 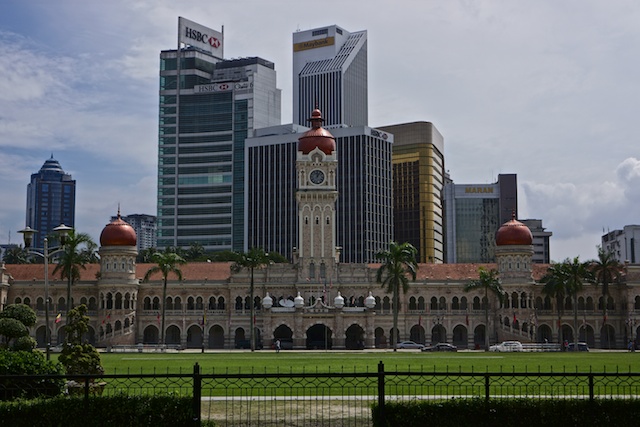 So, that was the tour.  We can highly recommend it as a FREE morning activity to do while you’re visiting Kuala Lumpur. It last about 2.5 hours and you get to learn quite a lot.  It compares well to other tours we have done, especially as you get the dancing and the entrance to the private club. Here is the video produced by Visit KL about the tour, for more information you could also visit their website.