Hi, its Henry here. As some of you may know, Jen has returned to the UK and I have decided to stay and travel alone for a while. Since it’s been so long since my last blog post, I have picked up the baton and will write some stuff…

I returned to Malaysia with some apprehension as it was to be the third time visiting the country in as many months. Upon arriving at the airport and as I made my way to Kuala Lumpur, I was lacking the usual feelings of wonder and excitement one gets when arriving to a new country. The sights, sounds, smells, people, cars, buildings and currency was getting all to familiar and I questioned whether I should have stayed in Singapore for a little longer or travel to a completely new destination. My doubts have been laid to rest thanks to the last few days as I have seen some interesting stuff around Kuala Lumpur and have grown to really like the city and the people.

Firstly, I believe I have stumbled upon what must be some type of world record. Upon arriving in the city, I quickly settled for the first guesthouse available and witnessed what could only be described as ‘the smallest mirror ever placed inside a bathroom’: 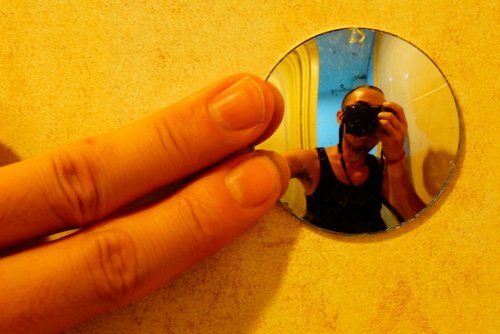 I know you’re looking at your two fingers right now – yes it really was that small!

Still shocked about my remarkable discovery, I ventured out for a wander into the night and approached some music which was blasting around the corner. As I made my way towards the music, imagine my surprise when I saw some guys sticking two fingers up at me: 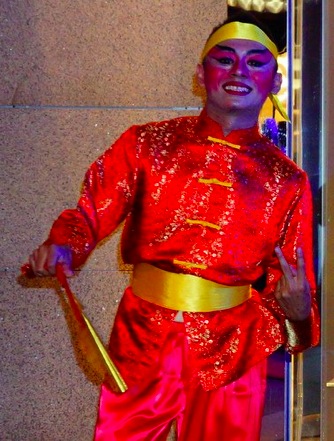 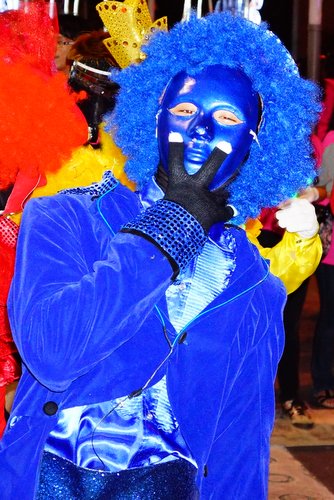 I then realised that these guys were not being rude to me, or trying to communicate that they too had seen ‘the smallest mirror ever placed in a bathroom’ – it seemed I had stumbled upon some sort of carnival: 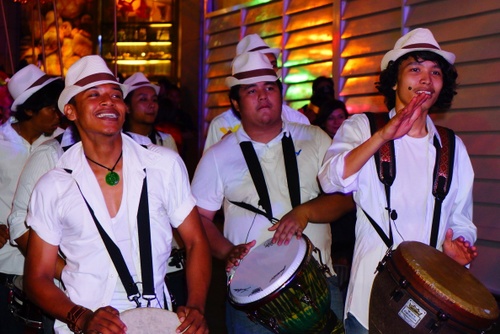 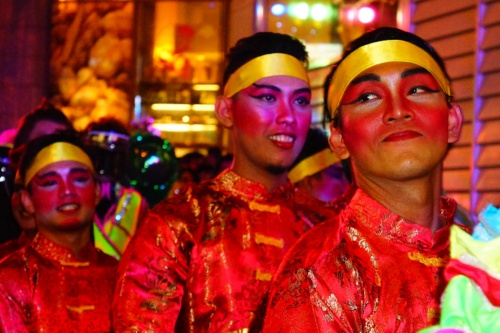 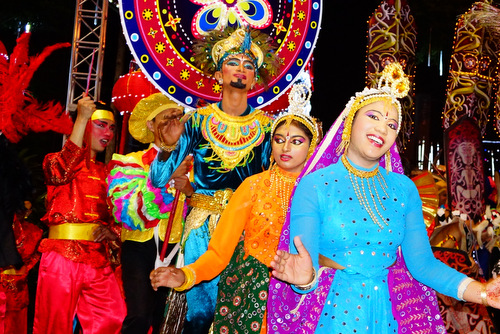 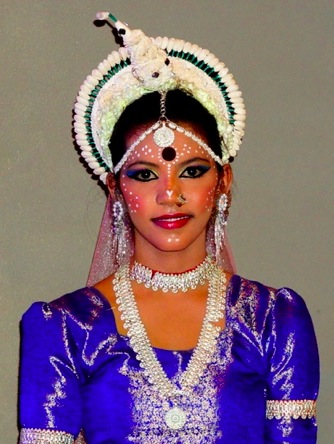 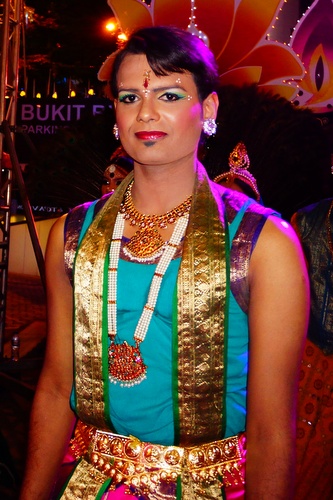 The carnival had a great vibe with hundreds of people wearing colourful costumes who I enjoyed taking photos of. I had no idea what the carnival was about until near the end when an announcement was made – it was just an opening of a new shopping mall! The Malaysian’s sure know how to put on a good event, and I was lucky enough to witness another celebration a few days later.

My visit to Kuala Lumpur coincided with Hari Merdeka – Malyasia’s Independence Day. Merdeka is a word in the Malay language meaning freedom or independence. The country is quite young having only gained its independence from Britain in 1957 and the occasion is celebrated each year on 31st August.
Hari Merdeka celebrations usually involve a festival and parade held at Merdeka Square, where a royal procession, cultural performances and military demonstrations fill the day. I was lucky enough to be staying quite close to the event and made my way to the celebrations early at 8am, only to discover I was already late to the party. 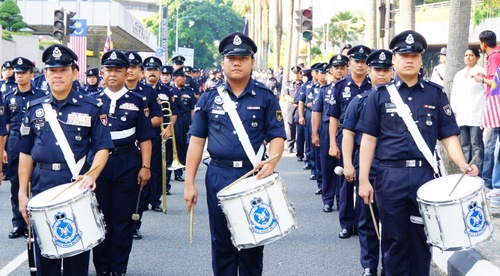 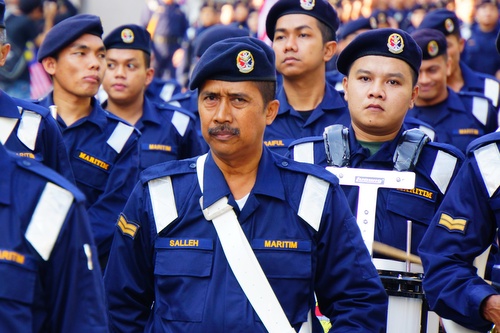 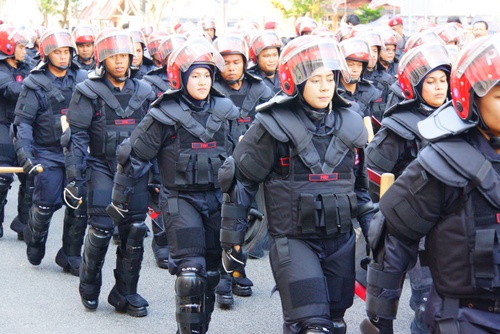 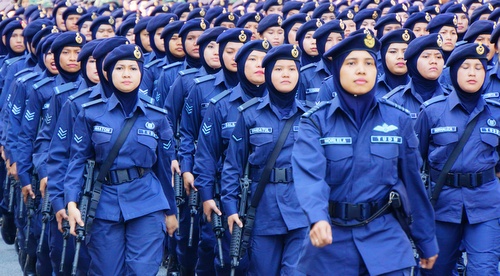 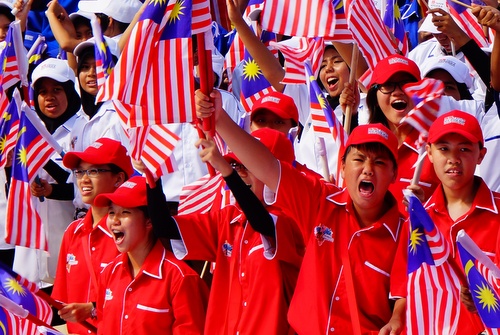 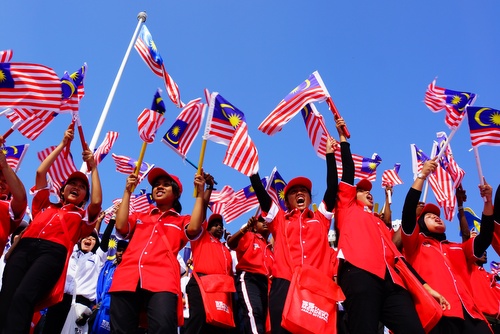 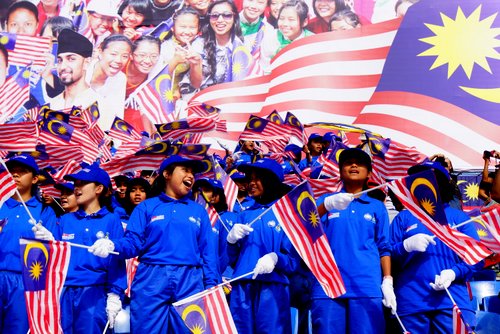 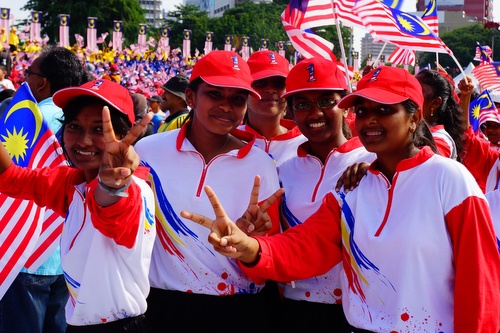 I only managed to witness half of the performance but I am glad to have experienced the celebrations with the locals. Each Merdeka Day comes with a different theme but is usually oriented toward unity and harmony, as Malaysia has a large mix of Malay, Chinese and Indian citizens with different ideologies and religions living together as one. This is particularly what I like most about Malaysia and the picture below sums up the country better than I can in words: 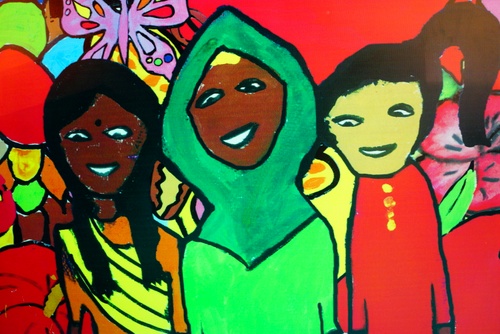