Ipoh is the state capital of Perak and went there straight from our flight into Kuala Lumpur. We travelled by a super fast new train that reached speeds of 149km/hr! I was really cold (even with my seldom worn cardi on) because the air con was so efficient. We wanted to break up the journey to Penang and Ipoh seemed like the perfect stop off point. 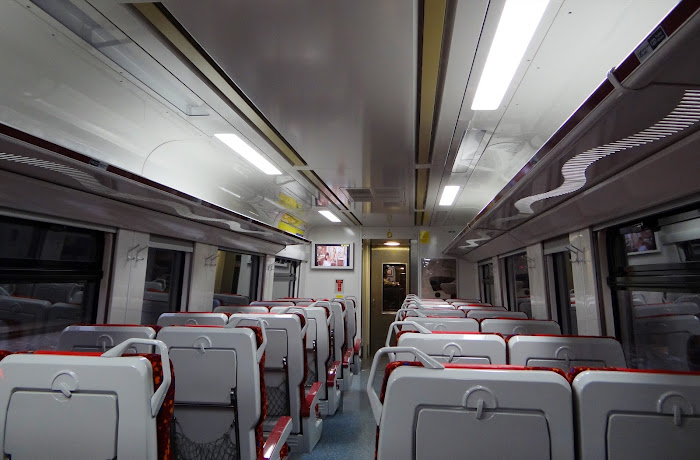 We arrived in the early evening and walked into the town centre from the impressive train station. It was dark but not late, the streets were immaculate and we felt completely safe wandering around this unfamiliar city with all of our belongings. Such a nice change from the Philippines!

We found an old, well priced hotel near the city centre and collapsed from our mammoth journey. We ventured out to eat before sleeping and got talking to a very friendly local tourist at reception who informed us that we were staying very close to ‘Glutton Street’ and he volunteered to take us there and show us some local food. Glutton Street is actually a big row of hawker stalls, similar to what we have seen in Thailand and Kuala Lumpur. He ended up buying us some very good beef noodles. ‘Hor fun’ (flat rice noodles) are a local specialty that cannot be made in the same way anywhere else because of the water quality apparently.

The next day we explored the city which feels much more like a town really. There was no discernible pollution, a generally slower pace of life and many more non-motorised vehicles. We wandered around, looking at the old Chinese shop houses which are still in use today and had some chicken and beansprouts for breakfast (another local specialty) with some famous Ipoh white coffee. Apparently it is roasted in an entirely different way to give a less bitter taste and it was very nice. I wasn’t able to taste it properly as it was served with condensed milk (like the ice coffee in Thailand) but we enjoyed it nonetheless.

We were distracted for an hour or so in a music shop by a man called Bolan who waxed lyrical about his philosophy on life while Henry enjoyed playing on some expensive guitars. The quote he most wanted us to remember from him (among the dozens he shared) was “rock the world before the world rocks you!” 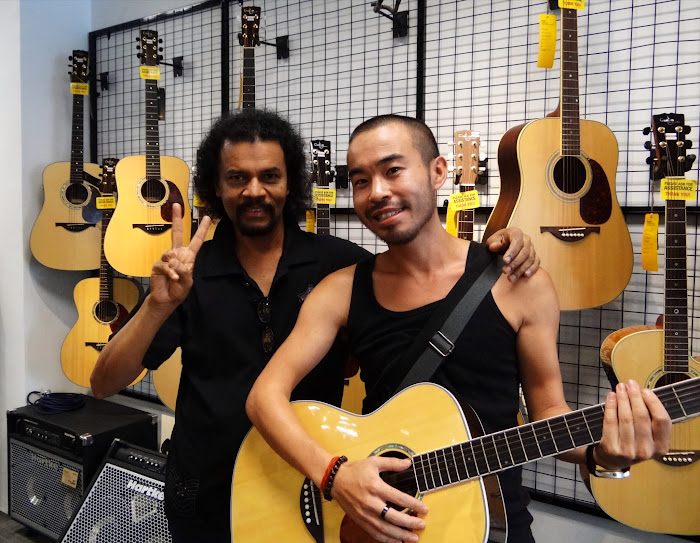 It was about 40 degrees by the time we left the music shop so after a quick stop in a phone shop where I got a new sim card (Digi, the same as Henry had got at the airport) with a 3G pack we headed for the air conditioned mall. We did not buy anything there but spotted a local landmark, St Micheal’s Church, just across the road and headed over to explore. 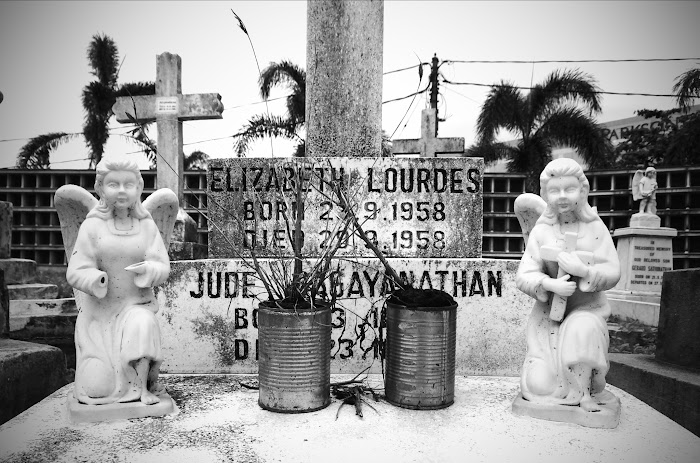 Unfortunately it was closed but we pottered around the grounds and the graveyard taking a few photos. I think it was due to over exposing ourselves to the blaring sun but we both felt a little wobbly after that so we headed back after that to use the free wifi and plan our next move.

Early the next day we caught a bus to Penang (the next state to the north) to explore the capital, Georgetown.

One thought on “Ipoh, A Sleepy Town with Good Coffee (visit number 1)”