Last Sunday we had just had our lunch upstairs at Central Market. We stepped out of the cool air conditioning and into the blazing midday sun. Gathering outside the market was a group of photographers, mostly dressed in matching t-shirts emblazoned “KAKI FOTOGRAF’. We were drawn into chatting about their cameras, the group and what they were up to that day. It turns out the group formed on Facebook a few months ago and this was one of the first outings that most of the members could attend. They had been walking as a group and taking street shots since 7.30am and were planning to spend the rest of the day together – did we want to join them? Of course! One of the many joys of not having plans is that we can be flexible and do things just like this! 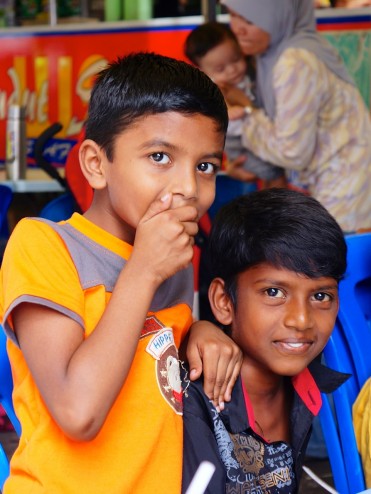 An image from our walk

We headed to Little India for some of them to eat. It is not far from Chinatown where we live and the central market area but with about 27 people to keep track of it took longer than average to walk it.  The group had a very clever app on their phones which allowed them to communicate ‘walkie-talkie’ style without using any minutes so we were able to stay together via the wonders of modern technology. 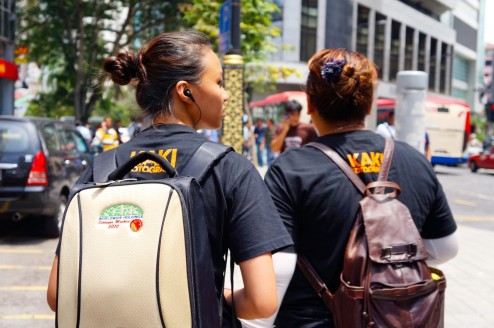 Using phones to stay together 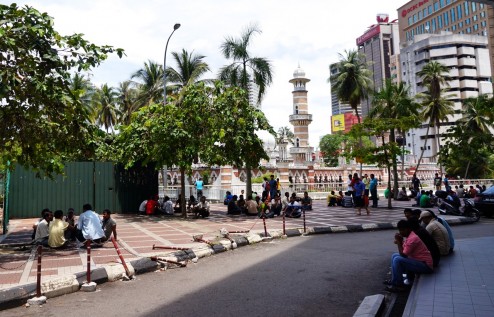 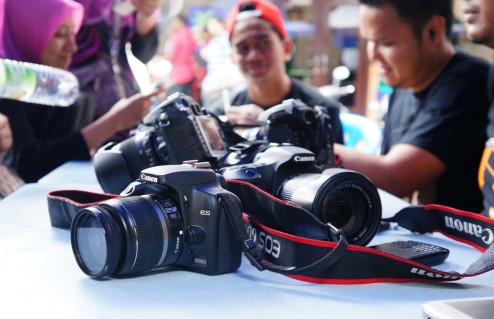 All the cameras on the table during lunch 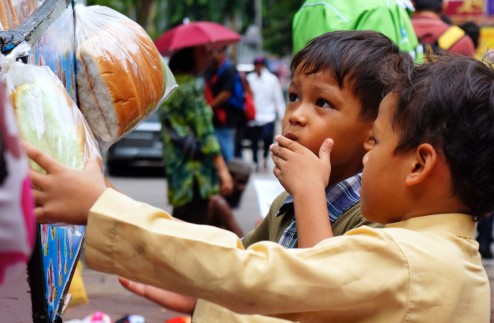 It is so hard to choose which ice cream to have!

After lunch in Little India (where we just had coffee, as we’d just eaten) we waited near the local market while some of the guys went to pray. It was then that I got this shot of 2 brothers agonising over which ice cream to choose.

We then made our way to a nearby LRT (Light Rail Transit) station to go to the KLPF – the Kuala Lumpur Photography Festival. We had actually already visited the exhibition on the Friday but we were having so much fun with our new gang of friends we thought we would accompany them. It is a free yearly exhibition of photography related stuff – think a mini NEC with a few models hanging around and men with big lenses around them like flies. That was not all that was there of course. We got to play with lots of cameras; see many other photographer’s work and chat to like minded people. We also found out about some competitions we might enter and got some free stuff (which we later gave away to homeless people – in one case a t-shirt for a portrait shot!) 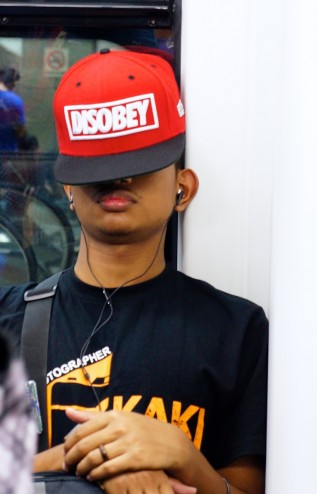 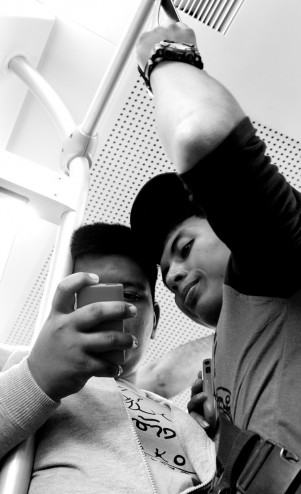 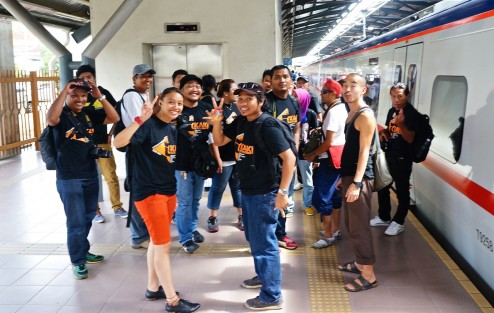 Once we finally arrived at Mid Valley for the exhibition 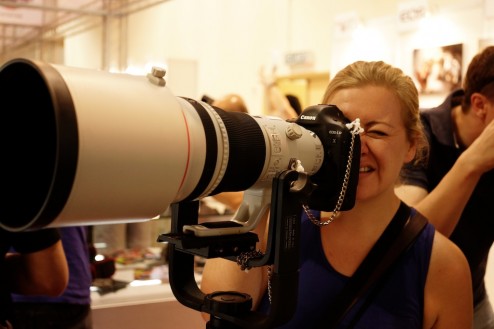 Playing with some super big and expensive cameras

All in all we had a lovely day with the friendly folks of KAKI FOTOGRAF. They welcomed us as though we were full blown, t-shirt wearing members even though we had only met them that day. I really enjoyed chatting to the girls especially (missing my lady friends) and Henry got to compare his camera and talk about focus speed and lens specs ’till his hearts content. Thank you KAKI FOTOGRAF!

We finished it off with a group photo which I stole from their Facebook page: