After spending so much time with Jen, it’s rather weird traveling alone. The days seem much longer and I find myself with much more time on my hands wondering what to do next. So what have I done? The same as any self respecting tourist would do – went exploring the city with my camera.

Feeling a bit lonely, I joined Meetup.com, a social networking portal that facilitates offline group meetings in various places around the world. I chose a photography group and met up for a photowalk around Chow Kit Market, the largest ‘wet’ market in the city where you find people selling a variety of vegetables, fruits, meat, spices and all sorts of weird and colouful stuff. The market was damp, dingy and crowded making photo taking rather difficult, but I managed to get a few snaps: 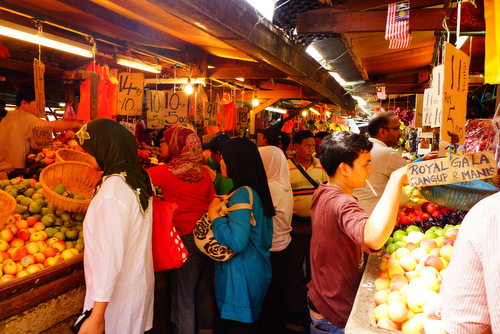 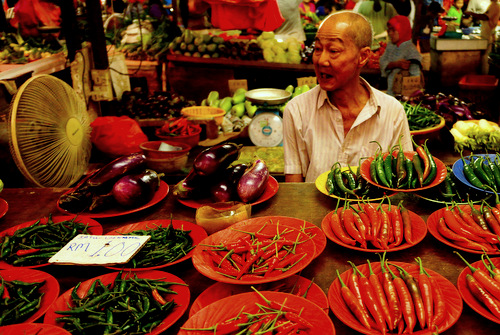 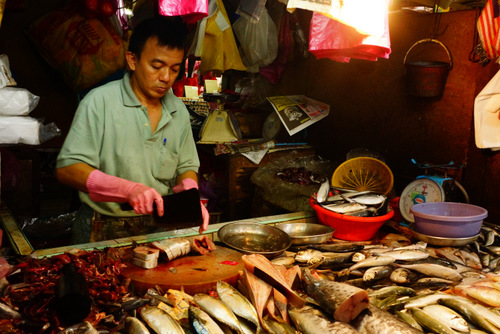 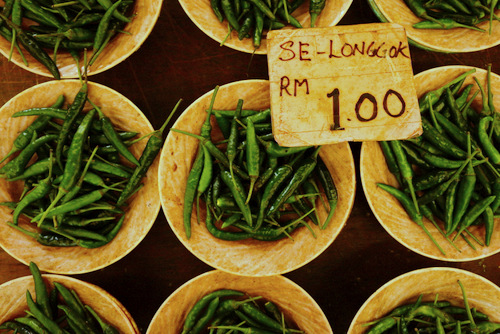 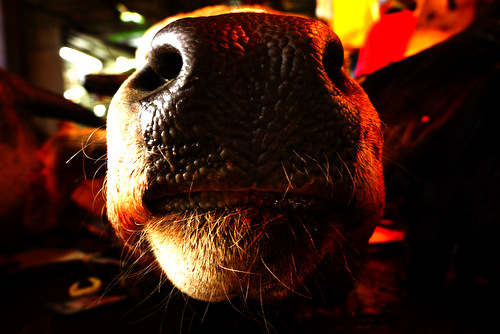 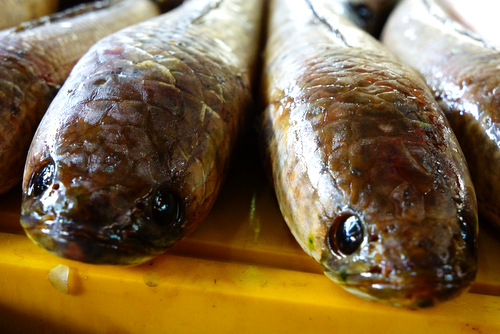 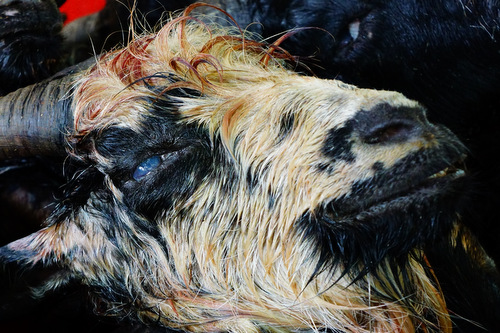 After stumbling across the two celebrations in my previous post, again, I managed to witness another one. This time it was the Mooncake Festival, sometimes referred to as Mid-Autumn Festival, a popular lunar festival celebrated by the Chinese. The festival is a time for family gatherings, dedications to deities and ancestors, lantern parades and eating of moon cakes for which the festival is named.

The day originally started as a celebration to honour the moon goddess of immortality, but in the 14th century a new focus was added to commemorate the rebellion against the then Mongol rulers of China. On the day of the rebellion, rebel leaders distributed moon cakes to people with messages hidden inside the cakes which informed the people when to rise against the Mongols. 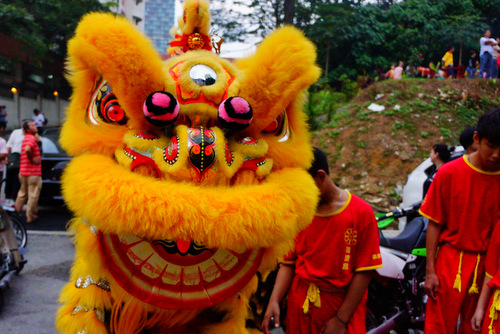 As I followed a lion dance back to a nearby temple, I was amazed to see a group of Hindu Indians celebrating alongside the Chinese taking part in various ceremonies and rituals. Inside, I saw the sacrificing of a chicken, men slashing their tongues with swords and people doing weird dancing in a trance like state, but to witness two religions celebrating harmoniously together in the same place was quite remarkable. 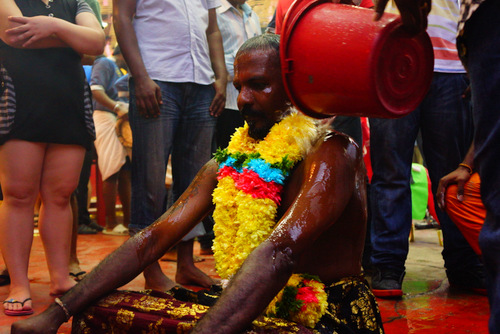 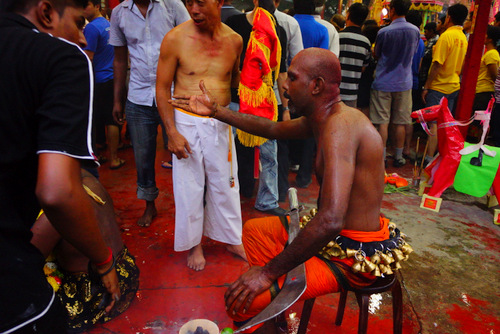 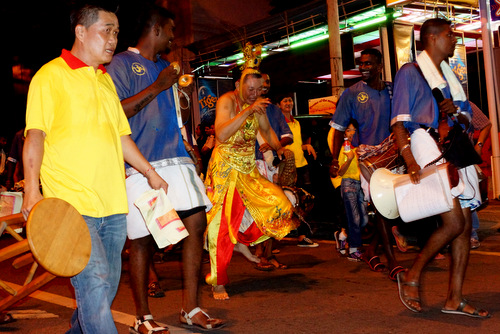 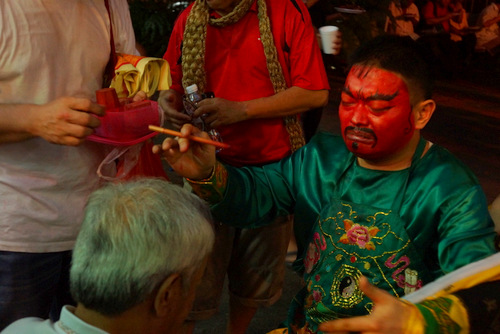 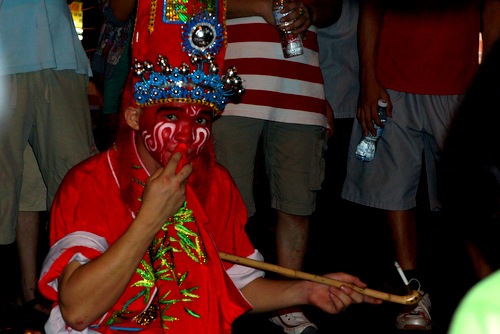 Searching for specific local events is something I have been doing recently in order to find opportunities for photo taking. Using the internet, I managed to find details of an upcoming demonstration outside the US embassy regarding the controversial release of the film ‘Innocence of Muslims’. The film, initially broadcast on YouTube, was banned from viewing in certain countries including Malaysia, so I was unable to see for myself what the content contained. I suspect this was also true for a large number of the demonstrators, but that did not stop them from deciding that because one person in USA was responsible for the film, now everyone in America must die. 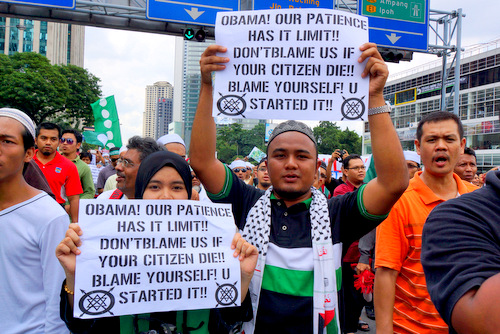 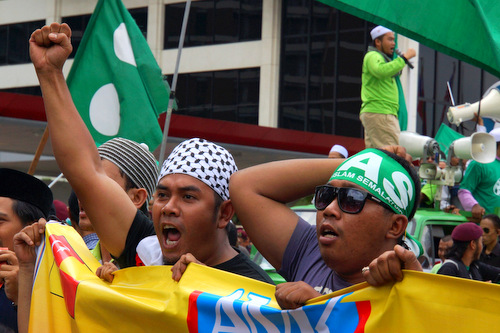 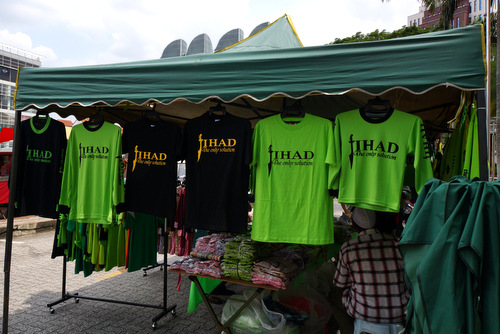 Growing tired of the mob mentality, I headed back into town to seek more interesting photo taking opportunities: 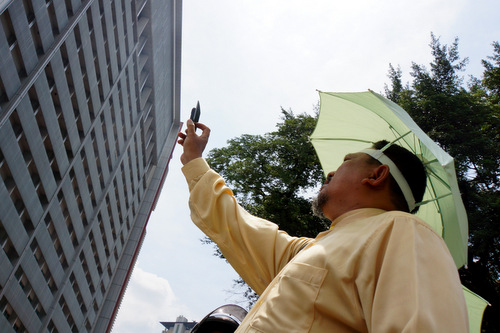 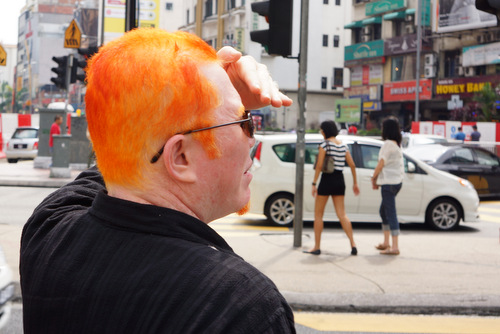 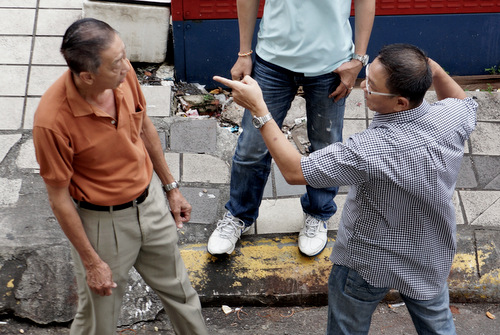 Malaysia has one of the highest numbers of public holidays in the world, ranking number seven in the top ten countries after Thailand, Indonesia, India and Hong Kong. Other festivals are observed by particular ethnic or religion groups, but are not public holidays. Yet again, I was witness to another celebration: 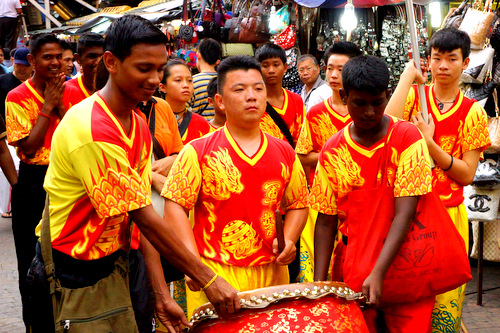 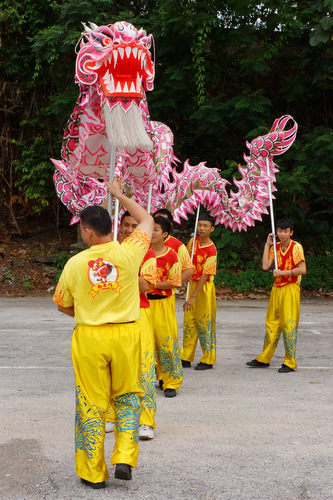 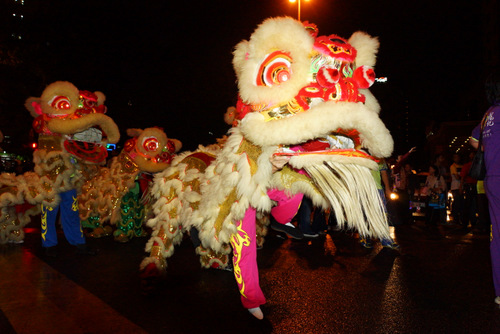 I’ve seen enough of these performances recently and so decided to venture off and take photos of the nearby Sultan Abdul Samad building. Built by the British in1894, the building is now home to the Ministry of Information, Communications and Culture of Malaysia. I normally don’t like to take photos of buildings, but the glowing lights make the architecture rather impressive at night. 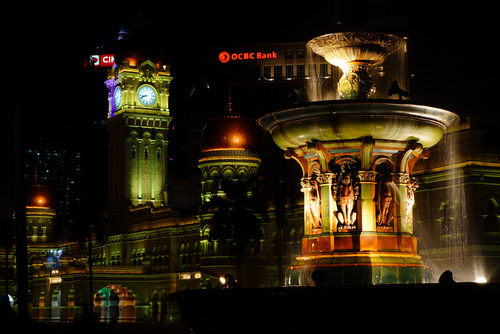 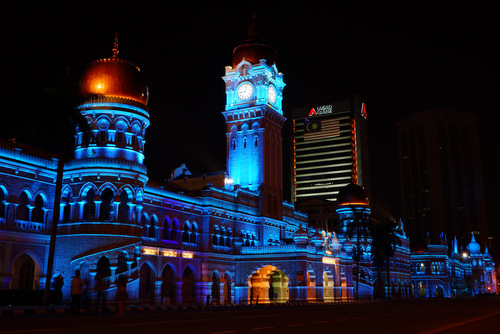 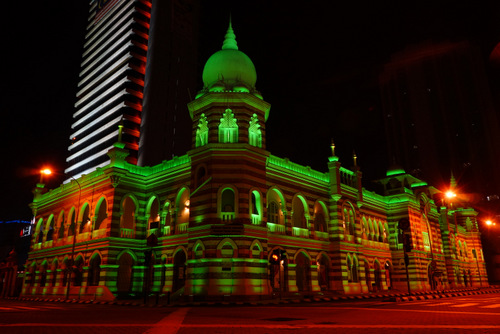