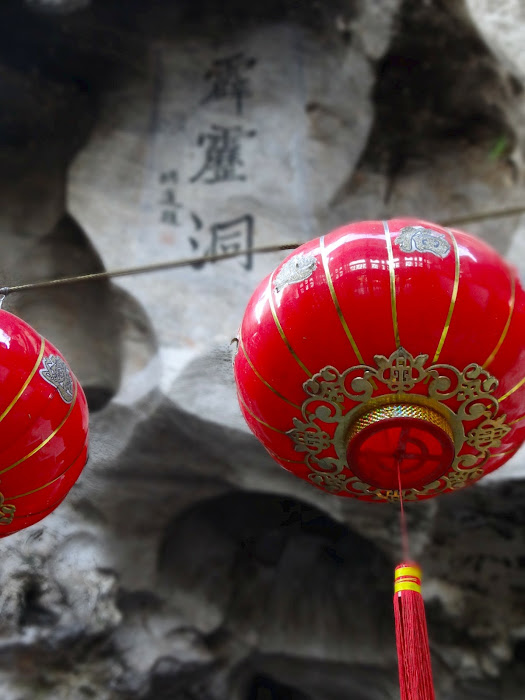 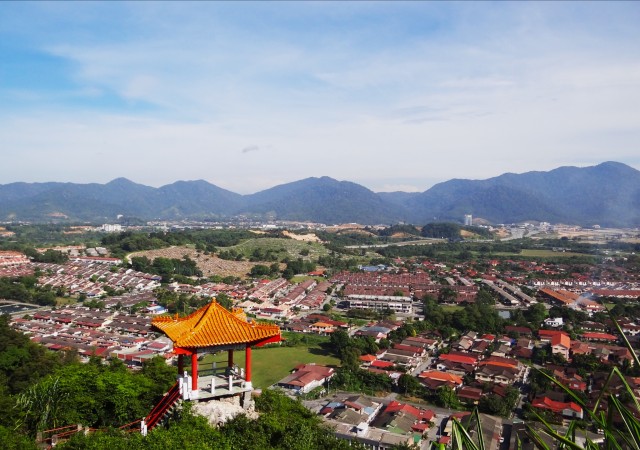 After Taiping we plumped for revisiting Ipoh; the 24 hours or so we’d spent there had not been enough to take in any of the caves the area was famous for and as all transport went via Ipoh anyway it seemed silly not to. 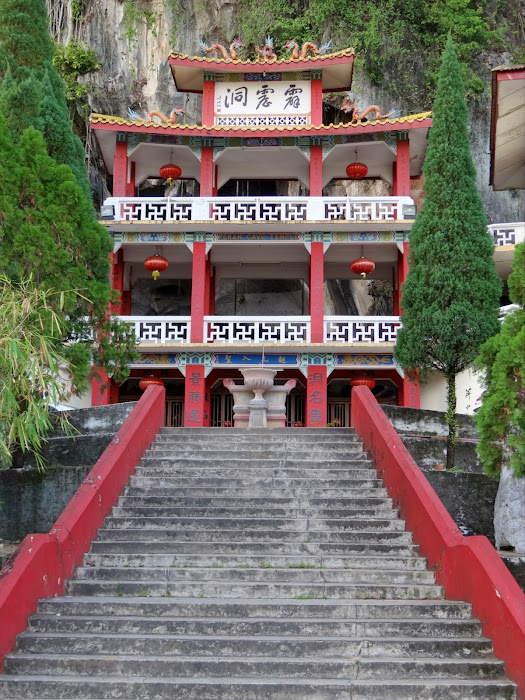 Perak Cave Temple is one of the major attractions in Ipoh and the most famous of all the limestone caves. It is a Chinese Buddhist temple built in 1926. We made a very early start and caught a taxi to the cave shortly after sunrise. The plan was to be able to make the climb before it was too hot. We had some time there before it opened so had a look around the grounds and contemplated the tiny looking pagodas we could see perched on the cliff above. 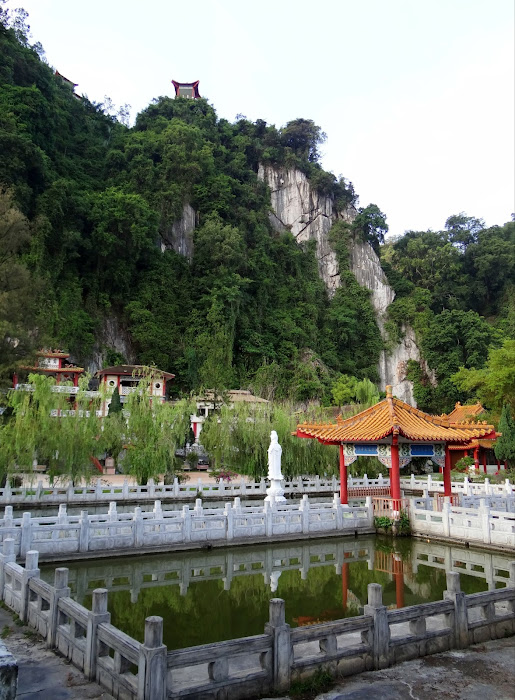 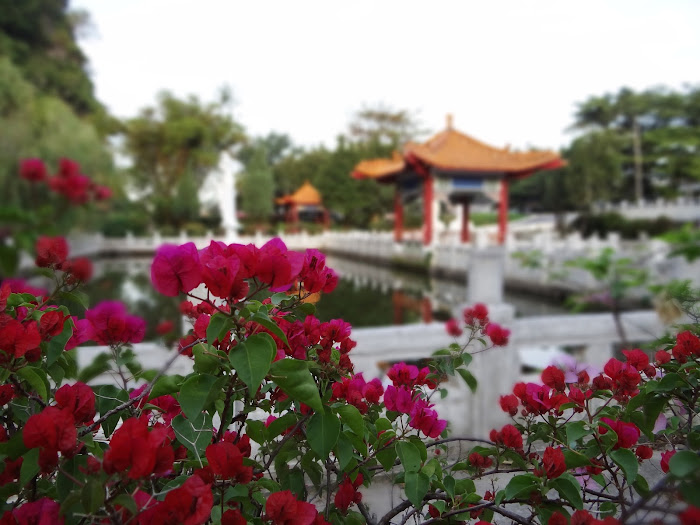 As soon as it opened (8am) we went inside and were greeted by an enormous Buddha and many cave paintings. These were painted directly onto the wall and were quite tricky to get a good photograph of because of the light. There were also quite a few other mini shrines to look at and, apart from the cleaners, we were the only ones there. 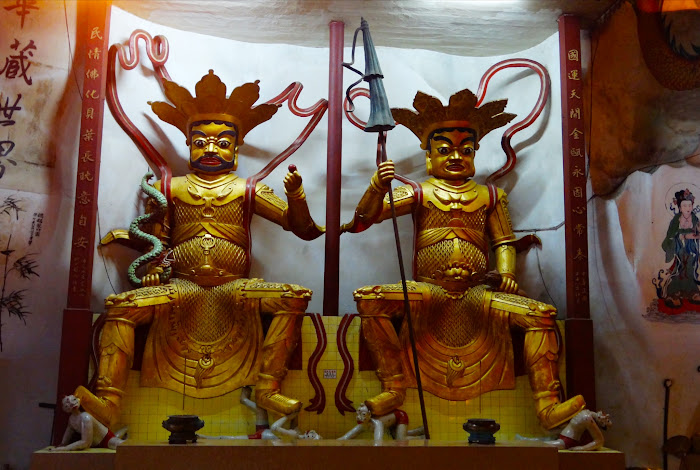 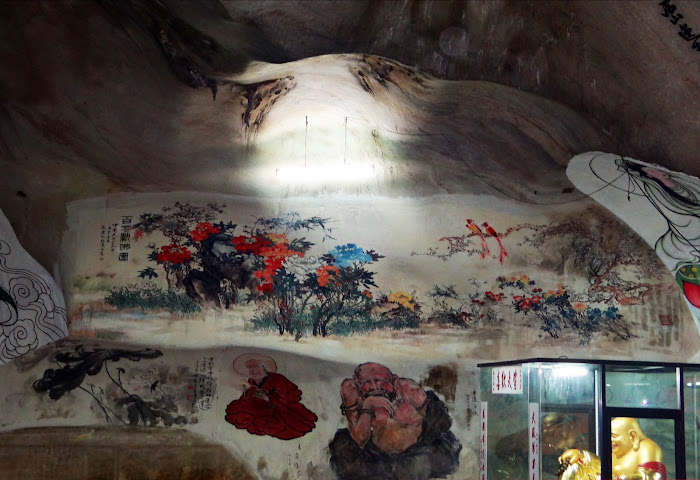 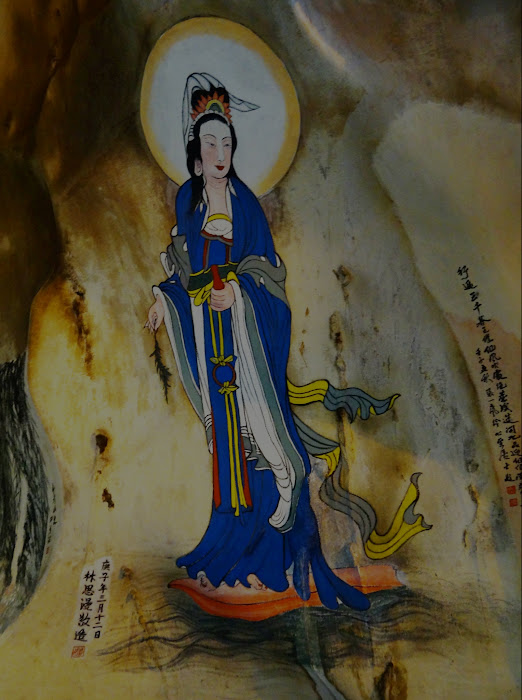 Our plan to make the climb early was thawted by a sign that declared climbing was not allowed until 9am so we took our time in the cave. At 9 sharp we started on the 400+ steps that led out of the back of the cave and up the mountain. (Henry still maintains it was not an actual mountain but it certainly felt like one.) In the sun it was hot and Henry soon had his top off. We were the only people in the whole area so we took it easy, had rests and enjoyed the views along the way. In the end we were rewarded with panoramic views of the city. Brilliant. 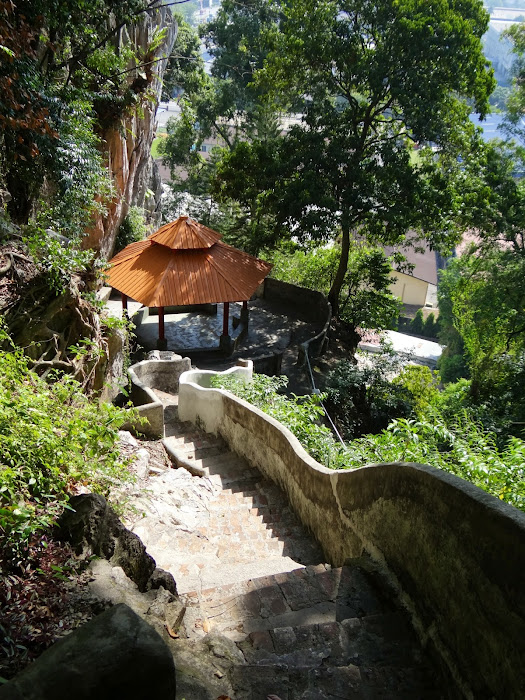 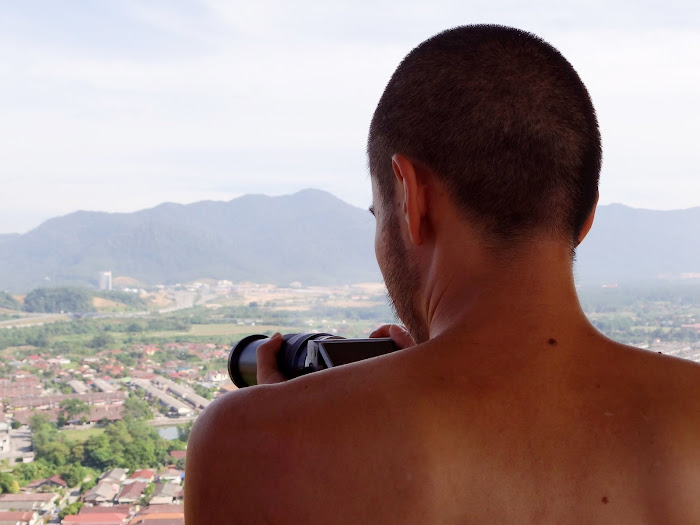 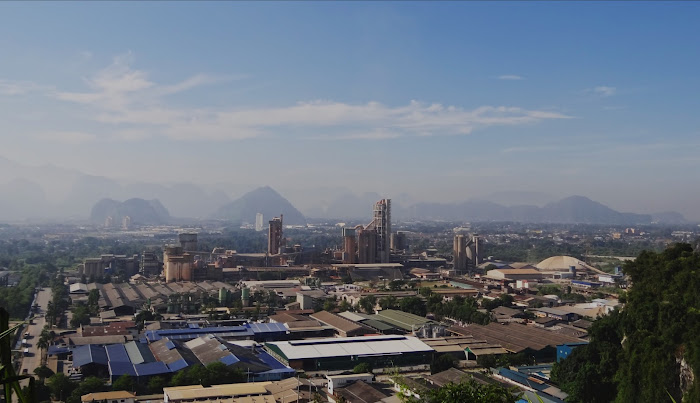 I would highly recommend a visit to the Perak Cave Temple in Ipoh, if you are in the area that is. Just bring some comfy shoes and water!