A Great Little Journey (Hoi An to Hue via Da Nang) 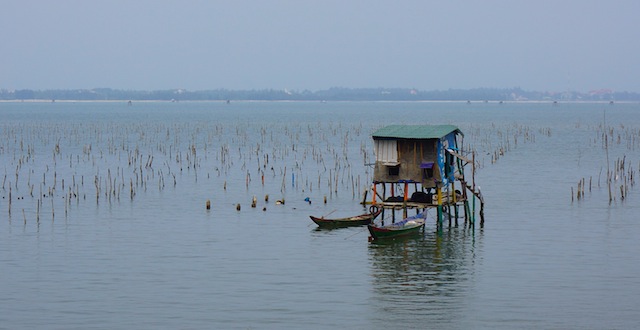 This is just going to be a short post about our journey from Hoi An to Hue because some of the pictures deserve their own post. It involves a short, boring bus journey and a lovely drop of train travel. You can either get to Hue by road or by rail. There are direct busses between the two but I’d read that the bus journey was rubbish compared to the train, missing out on amazing coastal views and going though lots of dark tunnels. We plumped for getting the train for as much of the distance as possible. 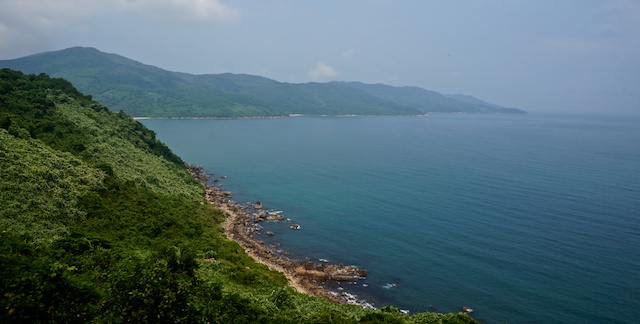 Hoi An is not blessed with a train station so we had to get a local bus from there back to Da Nang. From my research we knew how much the bus should cost and we knew they were likely to attempt to overcharge us. We had plenty of small change and were completely ready to do ‘a Colombo’ and disembark if necessary. However, our plan was thwarted by the fact that no money was demanded until we were at least 5 miles from Hoi An in the middle of nowhere.  We were asked for 50,000. I managed to wrangle it down to 35,000 but they insisted we had to pay that because we had bags. (The actual fare is only 15,000 regardless of luggage.) Now, we are not talking big money here (15,000 is about 50p) but it is the principle of the thing. We ended up paying more than double the actual fare. It really gets up your nose after a while. 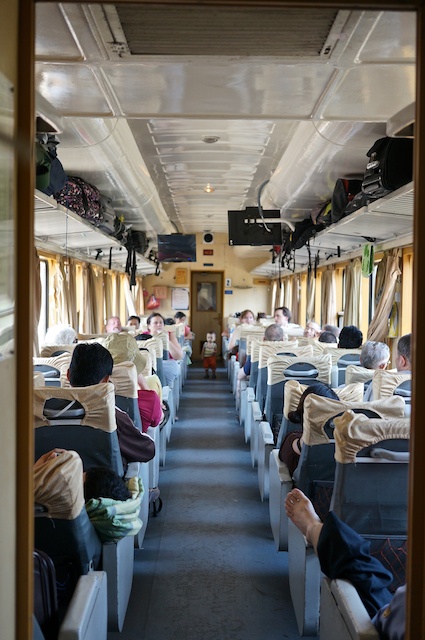 Inside our ‘soft seat’ carriage

Anyway, we got there eventually (it took rather longer than our Easy Rider trip had in the opposite direction) and found a good little coffee shop near the station. You are never very far from good coffee in Vietnam, you just have to hunt out the ones the locals go to for a good price.) We had to wait about an hour for the train but soon enough we were boarding our first Vietnamese train. As we’d only got the tickets a couple of days before we’d had to take the soft seat option as the cheaper hard seats we’d wanted had sold out. ‘Why would they want hard seats?’ I hear you ask. Well, the hard seat carriages are not air conditioned so you can open the windows to take photos. In the end though I’m glad we went for the soft option. It was really quite comfortable and we were able to take photos out of small window in the door at the end of the carriage. 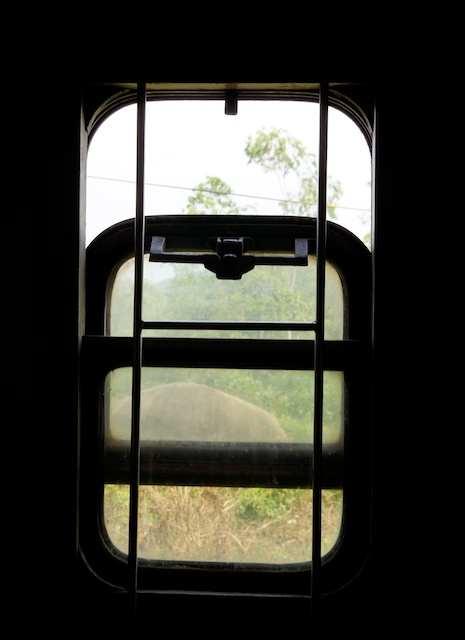 My picture taking window – I had to stand on tip toes to reach, stick the camera out and hope for the best! 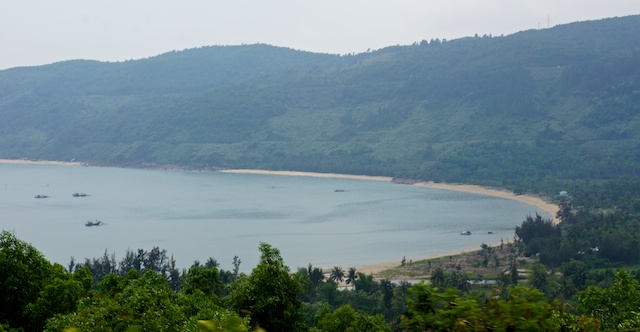 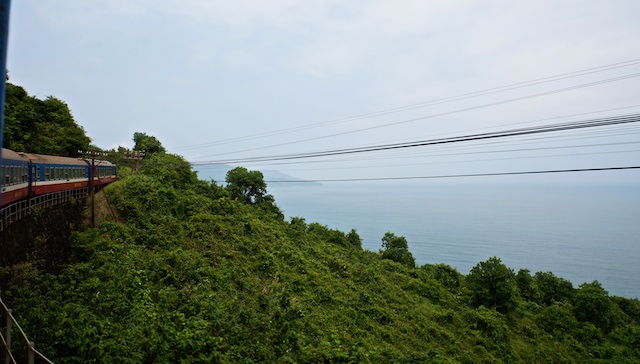 Going over a bridge, we’re almost in the clouds at this point 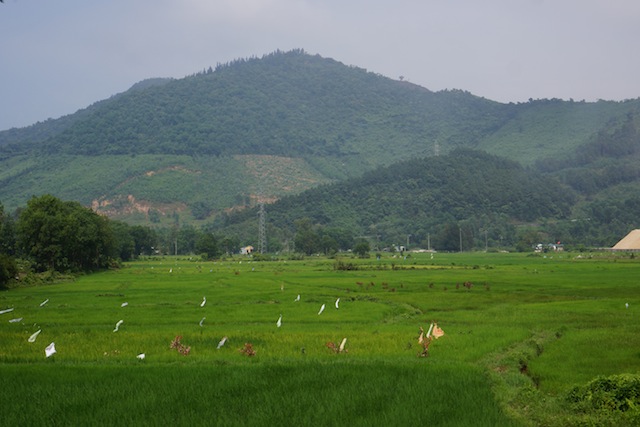 We were so glad we took the train! We had amazing views all the way to Hue.  (For anyone who might be interested in train facts it was the SE2, covers 103km, takes about 2.5hrs and cost about $15 (US) plus small booking fee. If you’re traveling in the daytime don’t believe what you read about the dining carriage; when we went to find it it was locked up and everyone in there was asleep.) 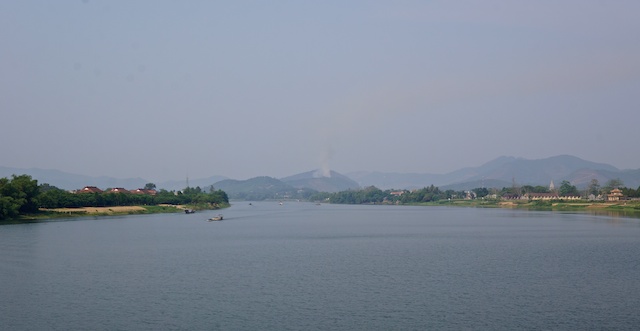 On the outskirts of Hue