The Market Town Of Kollam

Hi all, we’ve been having a little break from the blogging in the last few days but let me catch you up… We finally left Varkala last Sunday morning after a relaxing, holiday like stay. We had eaten in nearly all of the restaurants, explored the town, finally got my phone unlocked and had a really good rest. I would say we’ve acclimatised to the weather, although we’re not silly enough to be out in the midday sun or at the point where it is comfortable at night without the air conditioning. 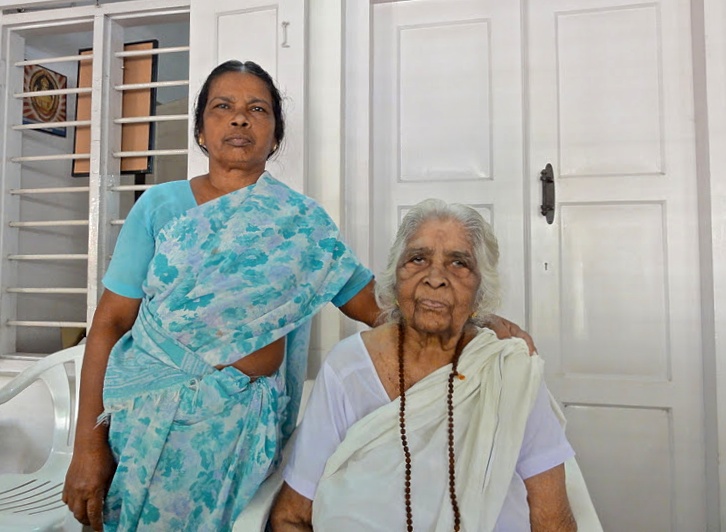 No smiles in Indian portraits

Arriving in Kollam we got an actual taxi car to our pre-booked hotel, Nani. We knew it would be nice but we were blown away by the standard of the hotel. It was gleaming, had a bell boy to show us to our room and do anything for us, air conditioning, 2 pillows each, a blanket, an amazing shower, and room service! Well, all this got us a bit excited and we really didn’t mind that the wifi was not working and promptly ordered some sandwiches from room service and ate them in the super comfortable bed. We’ve decided we quite like posh hotels and room service and that it would be easy to get a bit too used to it.

We spent 2 nights at Nani, exploring Kollam on foot by day and night. Kollam is not a tourist hotspot and we were of great interest to the locals. Several people insisted we take a photograph of them when they saw our camera and wanted to shake our hands and ask “you from?”

While exploring Kollam on foot in the daytime we came across a market bulging with fresh fruit, vegetables, meat and fish (no fridges though and 34 degrees) and the most memorable thing was a colony of massive sea eagles. When they saw we were interested in them the meat sellers cut chunks of meat off and threw them so the birds would swoop down right in front of us and grab it – most impressive!

Our First Taste of the Backwaters

We knew we could not become too accustomed to Nani like hotels so we booked into a place on Ashtimundi lake and got the ferry there for R3. It was a lovely, deserted place to arrive at and we soon settled in to doing nothing (there was really nothing to do).

After taking dozens of photos of the beautiful surroundings and eating a delicious meal Henry went to have a shower and the water heater almost blew up, billowing smoke into the room. This did not facilitate a room change though and we tried to go to sleep without a/c for the first time in ages. It did not go well. I estimate it was still about 28 degrees at midnight and Henry was getting especially tired and grumpy and wanting to leave in the middle of the night (despite there being no ferries).  We stayed and had a restless, sweaty night and left in the morning and headed back to Kollam.

We spent one night in a place south of the city right on the beech (waves way too big and scary to swim though) which had a bus stop outside featuring a fetching plastic man in a box for all eternity, watching over the bus passengers as they waited.

The ferry journey we’re on now takes 4 hours, leaves from the north of Ashamundi lake and takes in lots of the back waters in this area. So far we have seen lots of fishing boats, Chinese style fishing nets and people washing clothes by the side of the water. I would not like to swim in the water though, it looks quite brown in places. 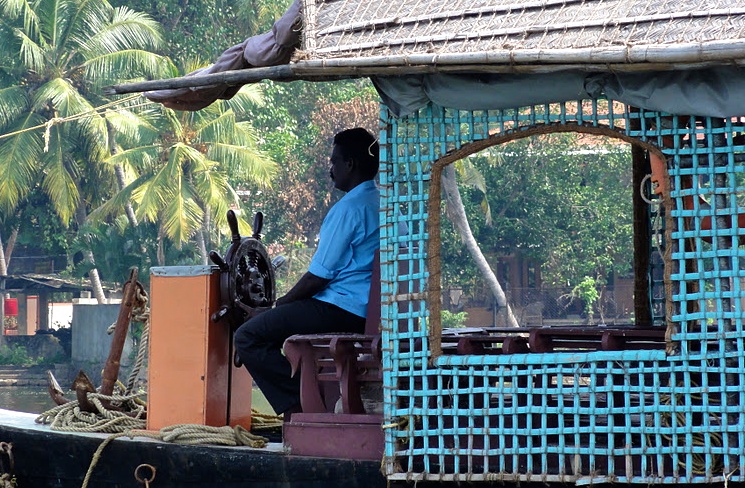